Trolling for Justice: How Cheeky, Provocative Campaigns Can Lead to Progressive Victories

Trolling for Justice: How Cheeky, Provocative Campaigns Can Lead to Progressive Victories

Who doesn’t love a breakout petition? Or a viral infographic? What about an unexpectedly engaging call alert? Great, right? But also: TROLLING. The panel will discuss trolling as a tactic to educate new audiences, hit hard at the opposition, and generate opportunities that convert people to action. This panel will focus on how bold, cheeky, and deliberately provocative campaigns can be leveraged to not just egg on the opposition, but tell a story that leads to progressive wins. Panelists will describe how this tactic shapes their work and share best practices, and will invite participants to identify what real-time campaigns they’re running that could benefit from a dose of #trololol’ing. 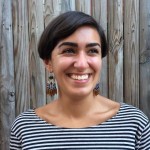 Emma Boorboor is a Campaign Director at UltraViolet, where she runs rapid response campaigns to end violence against women.

Prior to joining the team, Emma ran national and state level campaigns for voting rights and campaign finance reform with U.S. PIRG. She has been hooked on organizing since her first job as a field organizer with Green Corps, the Field School for Environmental Organizing. 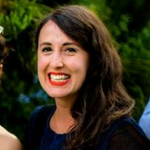 Anna is the Outreach + Volunteer Coordinator at Lady Parts Justice, where she loves working with the team to bust abortion stigma, use comedy to expose anti-choice douchebaggery, and create & lift up ways for people to take action for abortion access and reproductive rights across the country. Anna has an MSW from Hunter College in NYC, where she was propelled into working on grassroots social justice campaigns, most recently as the Campaign Coordinator for Teachers Unite. She has written for BUST Magazine, created advocacy videos for several nonprofit organizations, and she co-created the short film Obvious Child.

Sean Carlson is the founder of Apollo Collaborative. Sean has over a decade of experience in strategic communications and online organizing and works at the intersection of digital media, culture, and organizing.

Sean has helped launch a nationwide campaign to close youth prisons, was the chair of communications for the United for Marriage coalition during the landmark marriage equality cases in 2013, and has served as a teaching and training fellow at the New Organizing Institute.

Sean was formerly a professional Trombonist, studying at Duquesne and Carnegie Mellon Universities, and is proud to have multiple degrees in Bass Trombone performance that he’s totally using (sorry Mom!). He lives in Hyattsville, MD with his husband Jamie McGonnigal, their son Malcolm and their dogs Lily and Rose.

Other sessions: Resistance Through the Courts: Our First Line of Defense Against Trump's Agenda

Other sessions: Net Neutrality and the Fight to Regain It, Digital Sanctuary: Combatting Bias and Racism in Tech Tools and Policies

Other sessions: Holy Sh*t: Where Did All These People Come From?