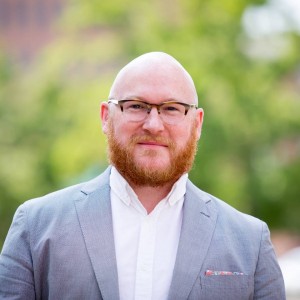 Sean Carlson is the founder of Apollo Collaborative. Sean has over a decade of experience in strategic communications and online organizing and works at the intersection of digital media, culture, and organizing. Formerly Chief Strategy Officer at Revolution Messaging and Senior Digital Director at FitzGibbon Media, Sean is an experienced strategist and consultant. He has worked with clients such as the Clooney Foundation for Justice, Alliance for Justice, Care2, Amal Clooney, National Wildlife Federation, NBC Universal, Groundswell Energy, Communications Workers of America, Independent Driver’s Guild, National Center for Transgender Equality, Restaurant Opportunity Centers United, Casa Ruby, the American Federation of Teachers, Good Jobs Nation, People for the American Way, and many more. He has campaigned against corporate abuses, designed national public education campaigns, marketed award-winning documentary films, and created content that received national media coverage. Sean has helped launch a nationwide campaign to close youth prisons, was the chair of communications for the United for Marriage coalition during the landmark marriage equality cases in 2013, and has served as a teaching and training fellow at the New Organizing Institute. Sean was formerly a professional Trombonist, studying at Duquesne and Carnegie Mellon Universities, and is proud to have multiple degrees in Bass Trombone performance that he’s totally using (sorry Mom!). He lives in Hyattsville, MD with his husband Jamie McGonnigal, their son Malcolm and their dogs Lily and Rose.