Holy Sh*t: Where Did All These People Come From?

Holy Sh*t: Where Did All These People Come From?

What happens when you wake up after Election Day, and your monthly donors have DOUBLED? Since Election Day, many progressive organizations have seen an unprecedented swell in interest and engagement from a whole new group of grassroots activists. From record-breaking fundraising and millions of people who are ready to take to the streets, here’s how four organizations from across the progressive movement are finding ways to capture the energy of the resistance and turn it into action.

Other sessions: Trolling for Justice: How Cheeky, Provocative Campaigns Can Lead to Progressive Victories 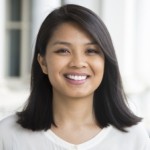 Melanie Garunay is the Digital Organizing Director at the ACLU, where she leads its grassroots organizing program, People Power. Previously, she worked as Deputy Director of Digital Outbound at the White House, Deputy Digital Director for Senate Democratic Leader Harry Reid, and Outbound Producer for the 2012 Obama for America campaign. She is a native of Janesville, Wisconsin and received her bachelor’s degree from Brown University, where she was Editor-in-Chief of the Brown Journal of World Affairs.

Adrian Reyna leads United We Dream’s groundbreaking technology, digital engagement and communications strategies. Under his leadership, the network has created new technology to help low income community organizers provide service and empowerment opportunities to immigrant youth and families, and has catapulted the digital presence of United We Dream – tripling the size of UWD’s online community. Born in Monterrey, Nuevo Leon, Mexico, Adrian came to the U.S. with his parents at the age of 12 and grew up undocumented in Humble, TX, outside of Houston. In college, Adrian “came out” as undocumented and queer and has dedicated his life to helping others live as their full and authentic selves. Adrian now directs one of United We Dream’s largest staff teams where he brings his vision of a connected and vibrant network of formerly isolated and disempowered people into reality every day.