It’s increasingly difficult to know what will “hit” and what won’t when it comes to online shareable media, whether it be a short want-to-be-viral vid, a Facebook-ready graphic or even a one-time microsite. That’s why we’ve assembled a room of experts who eat, live and breathe this stuff, and won’t whisper to anyone a word of what happens inside the room. Got a video or graphics series you’re planning for after the conference? Test-screen it here, and we’ll give your our take on how to give it the best shot at genuine virality possible. Got something that flopped, but not sure why? We’ll help you dissect what went right, what went wrong, and what you can learn for next time. We’re here for you – come one, come all.

Other sessions: Laughing Liberally Presents A "Live-Riffing" Of Atlas Shrugged: Part One

Sarah is beginning a new position on the acclaimed Activism Team at DailyKos.com. She’s spent the last two years heading new media at UNITE HERE as well as an occasional editor for FutureMajority.com. She also works on viral meme campaigns such as PaulRyanGossling’s tumblr, she co-created Class War Kitteh, & #HugAThug & #UnionHugs.

Her writing can be found at RHRealityCheck and Daily Kos, & previously at Wiretap Magazine, The Nation & Mother Jones while reporting for Rock the Vote’s Rock the Trail. Her work has been featured on Rachel Maddow, Kieth Olbermann, Chris Hayes, Ed Schultz, as well as The Daily Show & Colbert Report. Sarah has worked on campaigns for the last 10 years across the country doing both communications & fundraising.

She lives in Washington DC where she loves to hike through Rock Creek Park, sit on rooftop decks and laugh with friends, and discover beautiful architecture in the city.

Michael Crawford is Director of Online Programs at Freedom to Marry where he manages the organization’s websites, email program, online fundraising, and social media presence. He was a leading strategist for the successful campaign to win freedom to marry in Washington, D.C. with a focus on public education, community outreach, and communications strategy. Michael was named as one of The Advocate Magazine’s 2009 People of the Year and one of The Washington Blade’s Ten People Who Make Us Proud. He was awarded the Gay & Lesbian Activists Alliance Distinguished Service Award in 2010 for his work to win marriage in Washington, D.C. He was a 2011 fellow in The Pipeline Project’s 21st Century Fellows Program.

Other sessions: SiriusXM’s The Michelangelo Signorile Show, Moving the Needle: How We Won Gay Marriage in 2012 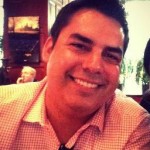 A self-taught designer and developer, Matt Ortega serves as Digital Director for the Democratic firm, New Partners. He also was a member of the Democratic National Committee digital team under Governor Howard Dean in the 2008 presidential campaign. A creative Democratic operative, his projects — like ExcitingThingsAboutTimPawlenty.com, DaysWithoutAGOPRapeMention.com, and EtchASketchMittRomney.com — have been featured in the New York Times, Los Angeles Times, National Journal, The Atlantic, CBS News, ABC News, and on NBC’s Nightly News with Brian Williams, MSNBC’s Hardball with Chris Matthews, and NBC’s The Today Show.

Other sessions: Confessions of a Digital Hit Man: Tips and Tricks for Meme-ing the Opposition Online

Ericka Taylor is the Development Director for The Other 98%. She began her political career as an organizer with the DC chapter of ACORN and, since then, has worked as an organizer and technical assistance provider in Albuquerque, Memphis, and Alexandria, Virginia. She spent seven years on the program staff at Public Welfare Foundation, providing grants to social and economic justice organizations around the country and in northern Mexico. She has served as a member of the Board of Directors or Steering Committees of the National Organizers Alliance, Progressive Technology Project, Youth Education Alliance, YouthAction, and DC Jobs with Justice, and is currently on the board of National Priorities Project.