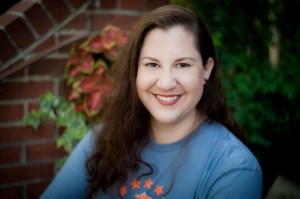 Sarah is beginning a new position on the acclaimed Activism Team at DailyKos.com. She's spent the last two years heading new media at UNITE HERE as well as an occasional editor for FutureMajority.com. She also works on viral meme campaigns such as PaulRyanGossling's tumblr, she co-created Class War Kitteh, & #HugAThug & #UnionHugs. Her writing can be found at RHRealityCheck and Daily Kos, & previously at Wiretap Magazine, The Nation & Mother Jones while reporting for Rock the Vote's Rock the Trail. Her work has been featured on Rachel Maddow, Kieth Olbermann, Chris Hayes, Ed Schultz, as well as The Daily Show & Colbert Report. Sarah has worked on campaigns for the last 10 years across the country doing both communications & fundraising. She lives in Washington DC where she loves to hike through Rock Creek Park, sit on rooftop decks and laugh with friends, and discover beautiful architecture in the city.