Why We’re Winning: How Black-Led Progressive Organizations are Changing the Face of Western PA Politics

Why We’re Winning: How Black-Led Progressive Organizations are Changing the Face of Western PA Politics

2021 was a difficult election cycle for Democrats nationally, but Pittsburgh made history by electing its first Black mayor in the city history. Also elected were 5 progressive judges, all women, and 3 African-Americans, to the Allegheny Court of Common Pleas. A large part of this success can be attributed to emerging Black-Led progressive organizations that have been collectively building power over the last few years in the wake of the movement for Black lives. With progressive Summer Lee poised to become the first Black women congressperson in Western PA history, hear how these organizers are challenging the establishment and winning.

Other sessions: Public Safety vs. Policing: They are Not One and the Same!, Off Campus: Winning Progressives’ Most Important Generation, All Eyes on PA: How Progressives are Building Power to Win in the Keystone State

Brandi Fisher is the founder and president of the Alliance for Police Accountability(APA), an organization dedicated to criminal justice reconstruction founded in March 2010. Miss Fisher personifies love for community, is a strong voice for justice and teaches us how to be fearless in the face of opposition while never compromising principles to please others for self gain. In 2017, she spearheaded organizing the very diverse Woodland Hills School District who successfully ran a campaign to replace four school board members and the principal, as a result of students being abused by staff and school police. In 2018, as a result of the uproar in the community regarding the response to the Tree of Life shooting compared to the response to tragedies in the Black community, Ms. Fisher convened a group of leaders within the Jewish and Black communities to address the disparity with the Pittsburgh City administration. She also worked with PA Governor Wolf to successfully veto a bill that would have allowed the identity of officers involved in use of force incidents to be kept secret. She takes joy in bridging the gaps that exist between political officials, community members and institutions. Under her leadership, APA’s advocacy has resulted in financial awards of over $5.5 million dollars for individuals and families. Miss Fisher also assists in writing and introducing policies and legislation such as the decriminalization of marijuana in the city of Pittsburgh, to the most recent ballot initiatives to ban No knock warrants in the city of Pittsburgh and extremely restrict solitary confinement in the Allegheny County Jail. Both of these initiatives passed in the May 2021 election.

Other sessions: Voter Education: Dispelling Disinformation and Turning Out Voters in PA, Public Safety vs. Policing: They are Not One and the Same!

Robert Saleem Holbrook (he/him) is the Executive Director of the Abolitionist Law Center, a law project dedicated to ending race and class based discrimination in the criminal justice system and all forms of state violence. Prior to being named Executive Director of ALC he was its Director of Community Organizing responsible for expanding ALC into Philadelphia. He also led ALC’s campaigns against Death By Incarceration (Life Without Parole), Solitary Confinement and State Violence. He has worked with the Center for Constitutional Rights to end Death By Incarceration sentences in the United States and the National Unlock The Box Campaign to End Solitary Confinement. He is a co-founder of the Human Rights Coalition, an organization with chapters in Philadelphia and Pittsburgh that is composed of family members of prisoners. HRC advocates on behalf of the civil and human rights of prisoners. He is also a co-founder of the Coalition to Abolish Death By Incarceration in Pennsylvania, an advocacy group fighting to end Life without Parole Sentences. He sits on the advisory boards of the Amistad Law Project and Youth Arts and Empowerment Project. While incarcerated, Saleem wrote extensively on prison abuse, social injustice, state violence and juveniles charged and sentenced as adults. His writings were featured in Truthout, The Appeal, San Francisco Bay View, and Solitary Watch. He was released from prison in 2018 after spending over two decades incarcerated for an offense he was convicted of as a child offender.

Other sessions: Public Safety vs. Policing: They are Not One and the Same! 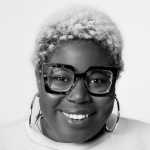 Miracle Jones is a community organizer and queer activist who works in the Pittsburgh area to advocate for equity along the intersections of gender, race, and class. She currently serves as the director of policy and advocacy at 1Hood Media. She received her Juris Doctor degree (J.D.) and Master of Social Work (M.S.W.) from the University of Pittsburgh. Her work focuses on implementing abolition based principles and transformative justice through writing, policy, and advocacy.

Other sessions: Voter Education: Dispelling Disinformation and Turning Out Voters in PA

Summer Lee is an organizer, attorney, a Pennsylvania State Representative, and the Democratic nominee for Pennsylvania’s 12th Congressional District. Throughout her time in the state legislature, she’s fought for meaningful progress on union jobs and workers’ rights, environmental justice, affordable housing, health care, immigration justice and more. She led an initiative that stopped a corporate fracking proposal and drove the passage of police accountability measures in Harrisburg. She also is co-founder and chair of UNITE, a grassroots group dedicated to building progressive power up and down ballot across Allegheny County and the surrounding areas, electing mayors, county council, judges, and more. If elected to Congress, Summer will be the first Black woman representing the commonwealth of Pennsylvania in the U.S. House of Representatives.

Other sessions: How Democrats Can Run on Climate—and Win—in 2022 and Beyond, All Eyes on PA: How Progressives are Building Power to Win in the Keystone State