Moving into Action: Raising the Bar for Co-conspirators

Moving into Action: Raising the Bar for Co-conspirators

Many non-Black progressives profess anti-racist values online and in conversation but fail to show up when action is needed. How do we move people with privilege up the ladder of engagement to riskier actions? How do we get them to show up — in the streets, in the office and in institutions—and is showing up enough? Solving the puzzle of turning out groups that aren’t most affected by our issues is critical to building strong movements. Panelists on the front lines of social justice campaigns will share case studies and lessons learned from turning out co-conspirators to protest, donate and lead. 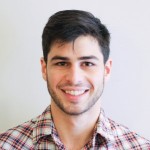 Julien is a digital strategist and trainer who has been helping progressive nonprofits and campaigns develop winning digital infrastructure for nearly a decade. He founded Red Cypress Consulting in 2017 to apply the lessons, tools and strategies he has helped pioneer with some of the world’s most innovative advocacy organizations to support grassroots campaigns for whom digital and communications strategy consulting is often out of reach.

Other sessions: Digital Organizing on a Dime: The Low-cost Tools You Need to Launch a Digital Program

Heather joined GetEQUAL in May 2010. Prior to her work with GetEQUAL, Heather was the Chief Operating Officer at the New Organizing Institute, overseeing operations and expanding programs. Heather has also worked with organizations such as mySociety in the U.K. and with Idealist.org in the U.S., always focused on building community and pushing for tangible social change. A native of Lexington, KY, Heather holds a Bachelor of Arts degree in religion/philosophy from Berry College in Rome, GA, and a Master of Divinity degree from Wake Forest University Divinity School in Winston-Salem, NC.

Other sessions: Gays, God, and Guns: Where Will the LGBTQ Movement Go From Here?

Other sessions: The Digital CultureSHIFT: Moving from Scale to Power to Achieve Racial Justice, Pop! Goes the Hegemony: Activists Taking on the Entertainment Industry—and Winning

Other sessions: Justice at the Ballot Box: How Holding Prosecutors Accountable in Elections is Key to Criminal Justice Reform

Dara Silverman is a consultant, coach, organizer and trainer who has been building movements for economic, racial, gender and social justice for over 20 years. Dara is the National Coordinator for SURJ: Showing Up for Racial Justice, a network of 150+ groups across the US moving white people into action for racial justice. Dara was the Executive Director of Jews for Racial and Economic Justice (JFREJ) in New York City from 2003-2009. Dara grew up in Ithaca and currently lives in Beacon NY in the Hudson Valley. She supports leaders to be in the movement for the long haul.

Monique first joined DFA after two years as the National Field Director for the US Student Association (USSA). While with USSA, she worked to hold state and national leaders accountable on key progressive issues, such as education, healthcare, immigration reform and labor rights by mobilizing college & university campuses. For the 2010 election, she organized voter registration, education and get-out-the-vote efforts on over 100 campuses resulting in over 70,000 registered voters. Once the 111th Congressional session wrapped, Monique moved to DFA as a National Field Organizer and Campaign Academy Organizer. Throughout 2011 she trained, recruited and developed activists, organizers and candidates in grassroots tactics and strategy. In 2012, Monique moved to MN-08 to direct CREDO SuperPAC’s campaign to defeat the worst tea-party members of Congress. After a successful campaign, Monique happily returned to DFA to continue recruiting, training and developing the progressive bench in all 50 states.