Save Kesha! #OscarsSoWhite and & #StopWhiteWashing are just some of the powerful campaigns our panelists have waged to influence Hollywood, pop music and even the comic book industry. Because pop culture shapes the public imagination, activists are fighting for diversity both behind the camera and in front of it. Campaigns around popular culture provide opportunities to expose oppression that can go unnoticed and unchallenged. Online activism is already making a difference in the entertainment we consume. We’ll teach you how to do it! 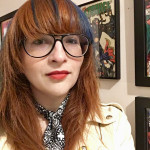 Other sessions: We Can’t Do That Here? How to Get Your Co-workers to Help You Kick Digital Butt

Other sessions: The Digital CultureSHIFT: Moving from Scale to Power to Achieve Racial Justice, Moving into Action: Raising the Bar for Co-conspirators 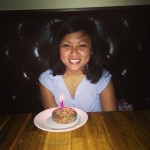 Prior to UltraViolet, Audine comes from the campaign for immigration reform, helping organizers build a year’s worth of online and offline actions across the country. Audine is from Los Angeles and currently lives in Washington, D.C., where she often wonders whether it’s time to move out of Washington, D.C.