The COVID-19 pandemic has brought a surge in anti-Asian hate incidents, including verbal harassment, physical assault, and even mass shootings in Atlanta and Indianapolis. Asian Americans are understandably living in fear, and increasingly many are turning to buying guns to feel safe. The pro-gun lobby and firearms industry are encouraging this emerging trend to access the Asian American market. What is the risk posed by guns flowing into the Asian American community? How could guns turn into a wedge issue for Asian American voters, the fastest growing voting group? How could Asian American and GVP advocates work together to counter pro-gun right-wing messaging and prevent gun violence? 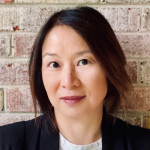 Gloria Pan is a mission-oriented campaign strategist, organizer, leader, communicator, and writer, with more than 20 years of experience in the progressive space advocating for women and families, civil rights, gun violence prevention, and economic justice. Since her days as the communications director for the Institute for the Connected Society (iFOCOS), she has been a front-row observer, explorer, and practitioner of tech-based innovations in communications and campaign strategies that could help make the world a better place.

Hsing-Fang Hsieh, Ph.D. (Assistant Research Scientist at the University of Michigan Prevention Research Collaborative) brings experience in health disparities of violence outcome and resiliency. Funded by the National Institute of Justice, she leads an evaluation program of an Anonymous Reporting System to prevent firearm violence and improve school safety. She also serves as a Co-Investigator and evaluation director on multiple federal-, state-, and foundation-funded violence/injury prevention projects, including Youth Violence Prevention Centers, National Center for School Safety, and is a research team member of the NICHD-funded Firearm Safety Among Children and Teens (FACTS) consortium.

Po is a spokesperson for the NAA and NAAF. Po is also one of the organizers for the Connecticut Chapter of the Women’s March and she is a board member of GVPedia, Guns Down for America, and Survivors Empowered. She served on Governor Ned Lamont’s public safety transition committee in Connecticut. She was a recent board member of States United to Prevent Gun Violence and co-chaired the Swing States & Messaging Subcommittee for the Biden/Harris Gun Violence Prevention Policy Subcommittee.

Po has a deep connection with the Newtown community as she is the cofounder of the Independent Party of Newtown and has served on the Legislative Council, an elected board that oversees town finances and town matters.

Josh Sugarmann is the executive director of the Violence Policy Center (VPC), a national educational organization working to stop gun death and injury. He is the author of the books NRA: Money, Firepower, and Fear as well as Every Handgun is Aimed at You.