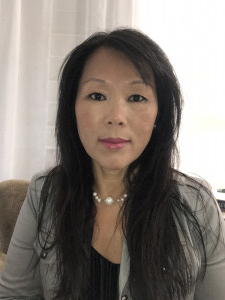 Po Murray is a co-founder and chairwoman of the Newtown Action Alliance (NAA) and the Newtown Action Alliance Foundation (NAAF). The Newtown Action Alliance is an all-volunteer grassroots organization formed after the tragic shootings at Sandy Hook Elementary School to work to bring about legislative and cultural changes that will reduce gun violence, which is a public health crisis in our country. The Newtown Action Alliance Foundation is a 501(c)3 organization that has been working tirelessly since the Sandy Hook Elementary School tragedy to help the community heal and be remembered as the place where positive cultural changes began. Po is a spokesperson for the NAA and NAAF. Po is also one of the organizers for the Connecticut Chapter of the Women’s March and she is a board member of GVPedia, Guns Down for America, and Survivors Empowered. She served on Governor Ned Lamont’s public safety transition committee in Connecticut. She was a recent board member of States United to Prevent Gun Violence and co-chaired the Swing States & Messaging Subcommittee for the Biden/Harris Gun Violence Prevention Policy Subcommittee. Po and her family have lived in Sandy Hook for over 22 years and her four children are graduates of Sandy Hook Elementary School. Po joined the gun violence prevention movement after her neighbor killed his own mother then gunned down 20 children and six educators at Sandy Hook Elementary School on December 14, 2012. Many of her neighbors lost their children on that tragic day. Po has a deep connection with the Newtown community as she is the cofounder of the Independent Party of Newtown and has served on the Legislative Council, an elected board that oversees town finances and town matters.