Race, Class, Gender and the Progressive Agenda: The Future of the Democratic Party in the Age of Trump

Race, Class, Gender and the Progressive Agenda: The Future of the Democratic Party in the Age of Trump

The future of the Democratic Party is in a state of high uncertainty in the era of Donald Trump’s presidency and an increasingly extreme Republican Party being in control of Congress and most state governments. Especially given the urgency of winning elections to keep right wing extremism from taking over the country, there’s a cacophony of voices arguing over what our strategy, message, and coalition should be in 2018, 2020, and the years to come. This panel will talk about how to put together a sustainable governing coalition, and how we both fire up the progressive base and appeal to swing voters.

Mike Lux is the co-founder of Democracy Partners, a consulting firm whose mission is building the progressive movement. Mike is a frequent blogger on Huffpo, DailyKos, and Crooks and Liars. He is the author of the book, “The Progressive Revolution: How the Best in America Came to Be.”

Mike currently serves on the boards of several organizations, including the Arca Foundation, Netroots Nation, Americans United for Change, and USAction. He also was a co-founder and a former board member of Ballot Initiative Strategy Center, Progressive Majority, Women’s Voices/Women Vote, and the Center for Progressive Leadership. He played a role in the early days of launching the Center for American Progress, Air America, America’s Voice, and MoveOn.org. From January 1993 to mid-1995, Mike served as a Special Assistant to the President in the Clinton White House, and has played a leadership role on five Presidential campaigns

Other sessions: Screening: "Heather Booth: Changing the World", Screening: "ACORN and the Firestorm"

I believe New Mexico can be a place of strong, safe communities where our kids can be happy growing up, and can build a life here when they are grown.

I have a track record of standing up to Donald Trump, and I will continue to hold him and Republicans accountable. We must double down on our commitment to clean energy in New Mexico, which will create good paying jobs by harnessing the power of our natural resources. When a hardworking New Mexican wants to start or expand a small business, I want to make sure they have that opportunity. And, it’s time we make smart investments in education and find real solutions that pull our kids and all New Mexicans out of poverty.

Both of my parents served in the military, and I believe we have a duty to take care of veterans. I’ve spent my life standing up for my community, and I’ll do the same for us in Congress.

Other sessions: Nuts and Bolts 4.0: From the Bottom Up!, Indigenous Communities and the Progressive Movement, Friday Keynote: "Hidden Figures" Panel Discussion plus remarks from Sen. Kamala Harris and Sen. Elizabeth Warren 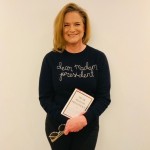 Jennifer Palmieri is one of the most accomplished political and communications strategists in America today. Jennifer served as head of communications for Hillary Clinton’s 2016 presidential campaign and White House communications director under President Barack Obama. She was also White House deputy press secretary for President Bill Clinton and national press secretary for the Democratic Party. She is currently President of the Center for American Progress Action Fund, has been a frequent contributor to the Washington Post and other national print outlets, and is a frequent guest commentator on MSNBC news shows.