From Chains to Change: Race and the Right to Vote in the Nation’s Incarceration Capital

From Chains to Change: Race and the Right to Vote in the Nation’s Incarceration Capital

Formerly incarcerated organizers are flipping the script in Louisiana. Organizing inside prisons and in community, members and leaders of VOTE (Voice of the Experienced) are leading the fight for the rights of the formerly incarcerated. On this panel, we’ll discuss how VOTE took an idea hatched behind bars and turned it into a power-building machine where the formerly incarcerated deliver the change they need in their lives. We’ll also touch on an active, historic lawsuit where VOTE is demanding that the State of Louisiana restore the vote for more than 71,000 Louisiana citizens on probation and parole. From prisons to courts to the streets, these local grassroots visionaries are reinventing and expanding the path to freedom.

Jennifer Lai-Peterson rejoined Advancement Project in 2015 as a Senior Attorney in our Power and Democracy Program. A litigator and former union and community organizer, she previously served as a Staff Attorney with Advancement Project and the National Immigration Law Center in New Orleans, where she worked extensively on racial justice issues in the aftermath of Hurricane Katrina. Prior to rejoining Advancement Project, Ms. Lai-Peterson practiced in the litigation group of Morrison & Foerster and with Robbins Geller Rudman & Dowd. While in private practice, she also served as an adjunct lecturer at the Center for Labor Research and Education (Labor Center) at UC Berkeley. Ms. Lai-Peterson is a graduate of the University of Wisconsin-Madison and UCLA School of Law. 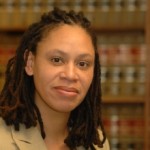 Professor Armstrong joined the Loyola University New Orleans, College of Law faculty in 2010. Her research focuses on the constitutional dimensions of prisons and jails, specifically prison labor practices, the intersection of race and conditions of incarceration, and public oversight of detention facilities. She teaches in the related fields of constitutional law, criminal law, race and the law, and constitutional criminal procedure. Andrea Armstrong also serves on the board of the Capital Appeals Project and is a founding board member of the Promise of Justice Initiative, a non-profit dedicated to abolishing the death penalty and advocating for prisoners’ rights. Professor Armstrong is a graduate of Yale Law School, the Woodrow Wilson School of Public and International Affairs at Princeton University, where she completed her M.P.A. in International Relations, and New York University.

Andrew R. Hairston is a civil rights attorney and writer based in Washington, D.C. He earned his law degree from Louisiana State University in May 2016, where he was a Faculty Scholar. During his time at LSU, he served as the President of the Black Law Students Association (BLSA) from 2014 to 2015, as well as the 1L Representative of the organization from 2013 to 2014. While he was the president of LSU BLSA, he served as a member of the Law Center’s Diversity Task Force. Mr. Hairston refined his commitment to racial justice work as a law student. He worked as a law clerk for the LSU Parole and Reentry Clinic, and he subsequently served as a student attorney for the LSU Juvenile Defense Clinic. As a third-year student, he was appointed to the Trial Advocacy Board, and he won the Dean’s Cup Senior Appellate Challenge during his final semester at the LSU Law Center. Mr. Hairston received his bachelor’s degree, cum laude, from Howard University. At Howard, he was actively involved in the Alternative Spring Break program. He worked as a site coordinator to develop and implement the initiative’s first trip to Baltimore in the spring of 2013. Mr. Hairston is currently a staff attorney at Advancement Project, a multi-racial civil rights organization in Washington, D.C. He served as the George N. Lindsay Fellow and Associate Counsel at the Lawyers’ Committee for Civil Rights Under Law from 2016 to 2017. He is licensed to practice law in Louisiana.

Norris Henderson believes that “those who are closest to the problem are closest to the solution.” A former Soros Justice Fellow, he has had tremendous success in his work impacting public policy and discourse about police accountability, public defense for poor and working-class people, and reforming the notorious Orleans Parish Prison (OPP). As someone who was wrongfully incarcerated for 27 years, Norris has firsthand experiences of the racism and brutality of the criminal justice system. He uses these experiences to address the needs of communities of color across Louisiana and beyond. Since his release in 2003, Norris has applied his 27 years of self-taught legal expertise and community organizing skills to a number of leadership positions, including Co-Director of Safe Streets/Strong Communities and Community Outreach Coordinator of the Louisiana Justice Coalition. Norris serves on a number of organizations’ Board of Directors including Family & Friends of Louisiana’s Incarcerated Children, and acts as Board President of the Louisiana Center for Children’s Rights.

Other sessions: The Power Coalition: How Integrated Voter Engagement is Empowering Citizens in Louisiana, Empowering Communities to End Mass Incarceration

Ariel Jeanjacques is a proud native of New Orleans and mother to Wylae Lenox. She has been involved with community organizing since she was 10 years old, and was the youngest person to sit on the Board of Directors for the People’s Institute for Survival and Beyond. During that time, she was also a trainer with the Peoples Youth Freedom School, through which she educated youth from poor communities about undoing internalized racism. In 2005, during Hurricane Katrina, Ariel was stranded in New Orleans, which was flooded under water with no food, water, or electricity for nearly 10 days. Ariel endured so much trauma and called on law enforcement for help, yet every time she did she was arrested. During her sentencing, she lost several family members and beloved friends to gun violence. Despite the loses and pain she has experienced, she has found healing in doing work around crime survivors. As the Crime Survivors for Safety and Justice Program Coordinator with VOTE, she connects daily with families of crime victims impacted by community gun violence. She provides healing, love, support, and necessary resources during their times of loss, and believes that mass incarceration is not the answer to trauma.