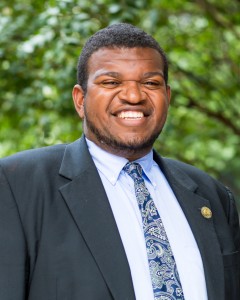 Andrew R. Hairston is a civil rights attorney and writer based in Washington, D.C. He earned his law degree from Louisiana State University in May 2016, where he was a Faculty Scholar. During his time at LSU, he served as the President of the Black Law Students Association (BLSA) from 2014 to 2015, as well as the 1L Representative of the organization from 2013 to 2014. While he was the president of LSU BLSA, he served as a member of the Law Center's Diversity Task Force. Mr. Hairston refined his commitment to racial justice work as a law student. He worked as a law clerk for the LSU Parole and Reentry Clinic, and he subsequently served as a student attorney for the LSU Juvenile Defense Clinic. As a third-year student, he was appointed to the Trial Advocacy Board, and he won the Dean's Cup Senior Appellate Challenge during his final semester at the LSU Law Center. Mr. Hairston received his bachelor's degree, cum laude, from Howard University. At Howard, he was actively involved in the Alternative Spring Break program. He worked as a site coordinator to develop and implement the initiative's first trip to Baltimore in the spring of 2013. Mr. Hairston is currently a staff attorney at Advancement Project, a multi-racial civil rights organization in Washington, D.C. He served as the George N. Lindsay Fellow and Associate Counsel at the Lawyers' Committee for Civil Rights Under Law from 2016 to 2017. He is licensed to practice law in Louisiana.