The United States is the incarceration capital of the world, and Louisiana has the highest incarceration rate in the country. Louisiana’s incarceration rate is nearly five times Iran’s, 13 times China’s and 20 times Germany’s. But Louisianans are not taking this lightly. In 2017, community members—including those directly impacted by the criminal justice system—organized to advocate to reduce the number of people in prisons. People flooded the capitol and contacted their legislators demanding change. In 2018, bills passed that enfranchised a larger portion of the formerly incarcerated and sought to bring fairness to a unjust justice system. We’ll talk about how others can do the same.

Jamila Johnson is the senior supervising attorney for criminal justice reform at Southern Poverty Law Center in Louisiana where she leads both litigation and legislative efforts to end mass incarceration. Prior to coming to the Southern Poverty Law Center, Ms. Johnson spent a decade litigating disputes with government in the Pacific Northwest and served on the board as the Vice-President of the ACLU of Washington. She has a law degree from University of Washington School of Law, and a degree in Mass Communication from Seattle University. 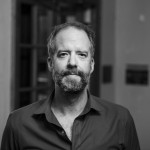 John Burkhart is a Criminal Justice Reform Field Director with the Southern Poverty Law Center where he organizes the statewide coalition, Louisianans for Prison Alternatives. Prior to joining SPLC, he led the Louisiana Campaign for Equal Justice based out of the Orleans Public Defenders’ Office. Prior to moving to New Orleans, he worked in education and international development in New York, Argentina, Namibia, Kenya, and Malawi. He has a Master’s degree in International Affairs from The New School University and a Bachelor’s degree in Marketing from Miami University.

Kia Hall Hayes is a staff attorney who interned with IPNO in the fall of 2012 and officially joined the staff in August 2013.

Kia received her Bachelor of Arts in Africana studies from Brown University in 2003 and a Master of Arts in print journalism from the University of Maryland in 2004. She worked for six years as a newspaper reporter–first at the Providence Journal and then at the Times-Picayune–before enrolling at UCLA School of Law, from which she received her Juris Doctor in 2013.

Norris Henderson believes that “those who are closest to the problem are closest to the solution.” A former Soros Justice Fellow, he has had tremendous success in his work impacting public policy and discourse about police accountability, public defense for poor and working-class people, and reforming the notorious Orleans Parish Prison (OPP). As someone who was wrongfully incarcerated for 27 years, Norris has firsthand experiences of the racism and brutality of the criminal justice system. He uses these experiences to address the needs of communities of color across Louisiana and beyond. Since his release in 2003, Norris has applied his 27 years of self-taught legal expertise and community organizing skills to a number of leadership positions, including Co-Director of Safe Streets/Strong Communities and Community Outreach Coordinator of the Louisiana Justice Coalition. Norris serves on a number of organizations’ Board of Directors including Family & Friends of Louisiana’s Incarcerated Children, and acts as Board President of the Louisiana Center for Children’s Rights.

Other sessions: The Power Coalition: How Integrated Voter Engagement is Empowering Citizens in Louisiana, From Chains to Change: Race and the Right to Vote in the Nation's Incarceration Capital