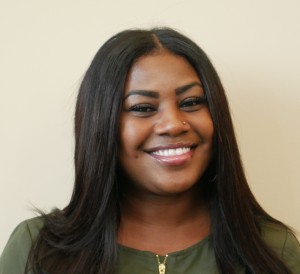 Ariel Jeanjacques is a proud native of New Orleans and mother to Wylae Lenox. She has been involved with community organizing since she was 10 years old, and was the youngest person to sit on the Board of Directors for the People's Institute for Survival and Beyond. During that time, she was also a trainer with the Peoples Youth Freedom School, through which she educated youth from poor communities about undoing internalized racism. In 2005, during Hurricane Katrina, Ariel was stranded in New Orleans, which was flooded under water with no food, water, or electricity for nearly 10 days. Ariel endured so much trauma and called on law enforcement for help, yet every time she did she was arrested. During her sentencing, she lost several family members and beloved friends to gun violence. Despite the loses and pain she has experienced, she has found healing in doing work around crime survivors. As the Crime Survivors for Safety and Justice Program Coordinator with VOTE, she connects daily with families of crime victims impacted by community gun violence. She provides healing, love, support, and necessary resources during their times of loss, and believes that mass incarceration is not the answer to trauma.