Time to MOBILE-ize! Mobile Tools for Digital and On-the-Ground Action

Time to MOBILE-ize! Mobile Tools for Digital and On-the-Ground Action

Political and nonprofit organizations are increasingly turning to mobile technology to connect people to the causes they care about. While social media, the mobile web and downloadable apps can reach constituents more effectively than ever before, text messaging (SMS/MMS) is quickly becoming the best direct response tool to reach citizens for political and civic engagement. In recent years SMS/MMS has been an integral tool for rapid response and time-sensitive civic engagement efforts for labor, advocacy and immigration efforts. Join us as we address the impact, platform capabilities, strategy and outcomes of specific mobile campaigns, making it easier for you to get started with your own mobile plan.

Ti Chesley, Director of Customer Success at Mobile Commons, an online platform for mobile engagement, connects people to the causes they’re passionate about — with a simple text message. Whether encouraging their supporters to sign petitions, contact lawmakers, vote, or make donations, Ti helps non-profits and other organizations use the SMS renaissance to give people a voice, without a smartphone! Ti has a background in climate change, environmental conservation, governance, and corporate social responsibility.

Prior to Higher Ground Labs, Hillary led Client Success at Hustle from 2016-2018. Previously, Hillary managed client partnerships and user research initiatives at Brigade and Causes.com. Hillary’s career began in environmental and human rights organizations where she got her start digitalizing nonprofit campaign work during the rise of CRMs, viral petitions, and early social media platforms at Global Exchange and Rainforest Action Network.

Other sessions: SMS Outreach: What Works, What Doesn't, and What's a Waste of Your Time and Money, Master Class: Hustle

Sandi Fox is the founder of Smart As A Fox LLC, a digital strategy firm and CEO of Smart As A Fox Mobile Messaging, a broadcast text messaging (SMS) platform for small to mid-size organizations and campaigns. She has more than 14 years of digital strategy experience across multiple sectors, including government, political, non-profit, and private sectors. She has developed and managed innovative and effective digital outreach, advocacy and fundraising programs that emphasized results, engagement, deliverability, and audience growth. Some of her current and former clients include Vote.org, American Federation of Teachers, Common Cause, The Lawyers Committee on Civil Rights, Census Counts, 9-to-5, FL Counts, Grandmothers for Reproductive Rights, et. al.

Arisha Michelle Hatch is the Managing Director of Campaigns at Color Of Change, leading campaigns on civic engagement, voting rights, criminal justice, and corporate and media accountability.
Arisha is a leader and innovator in the racial justice movement, organizing Black People’s Brunches which brought together more than 12,500 people in 2018 and helping to set the organization’s agenda in 2019 and beyond. Since joining Color Of Change in 2012, she has ushered in some groundbreaking victories for Black communities: getting payment processors like Mastercard and PayPal to ban use of their platforms by white supremacists and persuading Saturday Night Live to add two Black women to its cast and writer’s room mid-season.

Before coming to Color Of Change, Arisha worked as a lawyer and organizer for Barack Obama’s presidential campaign in 2008. She later served as National Organizing Director of the Courage Campaign, which lays the groundwork for progressive change in California.

Arisha was born in Texas and raised in Southern California. She has degrees in economics, creative writing and feminist studies from Stanford University, and she received her doctorate in law from Santa Clara University in California.

Other sessions: Rebellions are Built on Hope: How Organizations are Using Digital Activism and Grassroots Power to Lead the Resistance 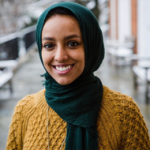 Ahlam Said is the Digital Organizing Director at United We Dream – the largest immigrant youth-led organization in the country. She first served the network during its infancy in 2010 and has been full time since 2014.

She was first introduced to grassroots organizing on Chicago’s south side through the Inner-City Muslim Action Network where she served as the Communications Manager, working on issues impacting Black and Brown communities. In 2010 she moved to Arizona to organize against anti-immigrant legislation SB1070 and has since dedicated her energy to fighting alongside immigrant communities. Ahlam attended DePaul University where she majored in Communications and is a 2010 NOI Bootcamp alum. 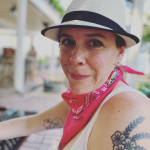 Jocelyn Strauss is a Senior Client Success Manager for Mobilize, working with electoral, advocacy, and union clients. She has a background in Gun Violence Prevention for six and a half years, working with Moms Demand Action for Gun Sense in America as an Organizing Manager building state chapters from the ground up, and Everytown for Gun Safety, as a Senior Data Manager, building a P2P texting program, a data training program a Learning Management System, as well as developing Virtual Distributed Organizing program, building out c3 organizing programs, and supporting chapter growth and volunteer management.

Jocelyn is a native of Tucson, Arizona, but currently calls Washington, DC home with her husband, two kids, two dogs, and cat. She has a background in cultural and medical anthropology, with a BA from the University of Arizona. She has a passion for movement building and empowering volunteers to become leaders in their community, and building communities. 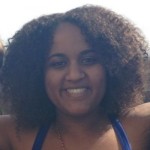 Mitu Yilma is Campaign Communications Specialist at Working America, where she manages social media and SMS properties for the organization. Prior to joining Working America, Mitu worked in digital communications for Advancement Project, The Atlantic and National Journal. She is also co-founder of Addis Ideas, a web platform that crowdsources African development solutions from African diaspora and nationals. Mitu graduated from Duke University in 2013 with a B.A. in Public Policy and Sociology.