Making Congress Listen: How to Transform Trump Anger and Movement Energy into Victories on Capitol Hill

Making Congress Listen: How to Transform Trump Anger and Movement Energy into Victories on Capitol Hill

We’re living in a moment of unprecedented energy and activism, as Americans of all political stripes are speaking out and looking for ways to resist the radical Trump agenda. As organizers, we have a golden opportunity to channel this energy to stop Trump’s overreach by effectively engaging Congress and encouraging Democrats to be bold leaders. By helping our fellow citizens lobby their representatives in smart, strategic ways, we can effectively derail the Trump/Ryan Agenda and strengthen the ability of allies in Congress to move the Democratic Party in a more progressive direction.

Mike Darner serves as the Executive Director of the Congressional Progressive Caucus. The CPC consists of one United States Senator and 70 members of the United States House of Representatives, and is the largest caucus within the House Democratic Caucus. Established in 1991, the CPC reflects the diversity and strength of the American people and seeks to give voice to the needs and aspirations of all Americans to build a more just and humane society. Prior to joining the CPC, Mike served as Legislative Director for Congressman John Conyers, Jr. (D-MI) for six years. He has also worked as an attorney specializing in election law. He is an alumnus of Miami University and the Catholic University of America’s Columbus School of Law.

Sarah leads the Progressive Change Campaign Committee’s (BoldProgressives.org) legislative outreach effort to build support for PCCC policy initiatives, working closely with congressional allies and their staff to incorporate bold progressive ideas into their legislative priorities. Most recently, Sarah helped lead the effort to build broad support for the Big Idea of debt-free college on the Hill resulting in a joint resolution introduced in the U.S. House and Senate. Prior to joining our Hill team, Sarah was a key member of PCCC’s electoral team working with endorsed candidates on building strong fundraising programs in a competitive cycle. Sarah received her B.A. in political science from the University of Florida and her J.D. from George Washington University.

Other sessions: Millions of Jobs: How Progressives are Taking Back the Populist Narrative and Going On Offense on Infrastructure 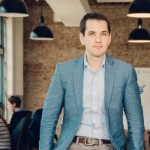 Ezra Levin is the co-founder and Co-Executive Director of Indivisible. Previously, Ezra worked as a poverty policy wonk and advocate. He served as Prosperity Now’s Associate Director of Federal Policy, Deputy Policy Director for Congressman Lloyd Doggett, Field Director for Doggett’s 2010 campaign, and an AmeriCorps VISTA in the Homeless Services Division of the San Jose Housing Department. He holds a Bachelor of Arts from Carleton College and a Master in Public Affairs from Princeton University.

Other sessions: Standing Indivisible: How to Make Your Voice Heard in Congress

Congressman Mark Pocan was sworn in as the U.S. Representative for Wisconsin’s second congressional district in 2013 following 14 years in the Wisconsin State Assembly. A small business owner, union member and lifelong advocate for progressive causes, Rep. Pocan is committed to using his unique experience from both the private and public sector to fight for polices that promote job growth and support the families of south central Wisconsin. In Congress, he serves as Co-Chair of the Congressional Progressive Caucus and as a member of the House Appropriations Committee.

Other sessions: Pivoting Left: How We Win by Standing Up for Working Families and Embracing Progressive Values

A longtime grassroots organizer and consumer advocate, Schakowsky began her leadership career in 1969 when she led the fight that put freshness dates on products sold in the supermarket. In Congress, Schakowsky has been a leading advocate on senior issues, health care, women’s issues and creating jobs to strengthen and expand the middle class. Schakowsky has also been a leader in re-affirming Congress’ war-making authority, supporting refugees, and advocating for diplomatic solutions. She worked with Congressmen Lloyd Doggett (TX) and David Price (NC) to lead a letter from 151 members of Congress to the President to demonstrate support for the framework of the P5+1 nuclear agreement with Iran, an effort which played a crucial role in laying the foundation for securing enough votes to protect the Iran deal from congressional sabotage.

She lives in Evanston, Illinois with her husband Robert Creamer and their two rescue dogs Eleanor and Franklin.

Yasmine Taeb serves as the Legislative Representative for Human Rights and Civil Liberties at the Friends Committee on National Legislation. Yasmine directs FCNL’s work on a number of human rights and civil liberties issues, including lobbying for increased resettlement of refugees, more transparency and oversight of the U.S. lethal drones program, calling for the closure of Guantanamo, and for the repeal of the 2001 AUMF, among other issues.

Yasmine has substantial legislative and advocacy experience and has served as the Government Relations Manager for the Arab American Institute as well as a Legislative Fellow for Rep. Karen Bass (D-CA).

Yasmine’s writings and commentaries have appeared in Newsweek, The Washington Post, New York Times, The Hill, Miami Herald, The Huffington Post, ThinkProgress, among other publications.