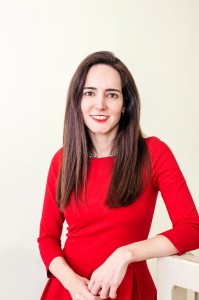 Yasmine Taeb serves as the Legislative Representative for Human Rights and Civil Liberties at the Friends Committee on National Legislation. Yasmine directs FCNL’s work on a number of human rights and civil liberties issues, including lobbying for increased resettlement of refugees, more transparency and oversight of the U.S. lethal drones program, calling for the closure of Guantanamo, and for the repeal of the 2001 AUMF, among other issues. Previously, Yasmine served as Project Manager at the Center for American Progress (CAP) and co-authored CAP’s Islamophobia report, “Fear, Inc. 2.0: The Islamophobia Network’s Efforts to Manufacture Hate in America.” Yasmine has substantial legislative and advocacy experience and has served as the Government Relations Manager for the Arab American Institute as well as a Legislative Fellow for Rep. Karen Bass (D-CA). Yasmine's writings and commentaries have appeared in Newsweek, The Washington Post, New York Times, The Hill, Miami Herald, The Huffington Post, ThinkProgress, among other publications. Yasmine is the recipient of the 2017 We are EMILY Award from EMILY's List, a 2017 University of Florida Outstanding Young Alumni, 2016 Young Women of Achievement Awardee for Service/Nonprofit Advocacy, and the recipient of the 2016 Diversity Award for Leadership in the Legal Profession from Penn State Law.