Democrats and progressives need a roadmap to taking back our country. We need to spend the next four years focused on mobilizing hundreds of thousands of new voters—primarily key AAPI voters—to the polls in the closest battleground states where Democrats won or lost the 2016 presidential vote or state house, including red states like Georgia. This session will lift up the AAPI community and offer specific strategies and tactics on messaging, data collection and mobilization to not only increase turnout among Asian-American populations but create long-lasting civic engagement. 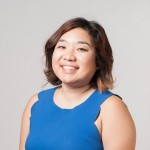 Amy Chen is a digital organizer and strategist in progressive politics and currently serves as a Digital Senior Account Executive at BerlinRosen. Raised in southern California, she is passionate about advocating for people of color, racial equity, human rights, economic equity, and civil rights. She has worked collaboratively with activists, lawyers, researchers, lobbyists and elected officials to forward the social justice movement as an organizer and digital campaigner at the Roosevelt Institute, PowerPAC+, California Women’s List, Amnesty International USA, and the ACLU of Northern California.

Creating moments for connection drive Shwetika’s curiosity, creativity, and intellect. She directs campaigns to engage voters for 50+1 Strategies. She also fundraises for, supports, and elects women to California state offices as VP of The California List.

She honed her organizing and analytical skills fundraising for the 2013 Lt. Governor’s race in Virginia, managing a successful 2014 Independent Expenditure campaign in Hawaii, and in finance, film, and technology.

Shwetika’s diverse experiences involved moving and seeing what moves people. Shwetika’s first time moving was at 6 years old and she then went on to live in 7 other cities in 2 countries.

Shwetika’s parents, like families across the country, were victims of the Great Recession. Their mortgage cost more than the home it was paying for. Addressing issues of economic inequality power Shwetika’s political passion as a result.

Other sessions: Digital Sanctuary: Combatting Bias and Racism in Tech Tools and Policies 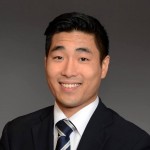 Sam Park is the newly elected Georgia State Representative from House District 101, which is located in Gwinnett, the most diverse county in the Southeast. By unseating a three-term incumbent during the 2016 General Election, Sam became the first openly gay man, and first Asian Democrat elected to the Georgia General Assembly. As a native Georgian, Sam ran on ensuring all Georgians have access to healthcare, and that all are treated with equal dignity and respect. As a first year legislator, Sam had the honor to serve as a deputy whip in the Georgia House Democratic Caucus, and had the privilege of co-sponsoring comprehensive statewide civil rights legislation.

Sandra has dedicated her political career in advocating for progressive causes and Democratic Candidates. She started her political career working for President Obama, followed by Senator Cory Booker and Planned Parenthood in Texas where she advocated for women’s access to healthcare.
She is passionate about uplifting communities of color and has spent time working in immigrant and refugee communities in Portland and helped build a city-wide organizing program to house homeless veterans while working for Mayor de Blasio in NYC. Sandra is also a proud Fellow of the New Leaders Council- NYC Chapter.
Most recently she spent a year working for Hillary for America and is now with FWD.us, where she works on bipartisan efforts for immigration reform with local and statewide elected officials and business and tech industry leaders in Southern California. This is her second time at Netroots!

Other sessions: Story of Self and How to Stand with Immigrants