Organizers are our secret weapon in the #resistencia. We know our communities best and deserve to be on the front lines of our movement, telling our own stories. We must be equipped to do battle for our people and issues in the media, and this training is the equipment you need. Come take a crash course in (bilingual) messaging with on-camera practice and feedback. We’ll ask the tough questions and guide you so you can leave with the confidence to pitch yourself to outlets and become powerful messengers for your community.

This training is targeted toward organizers of color but primarily Latinos/as ready to represent our community but who lack the practice to go live. An introduction to messaging via basic media training or experience talking to media is helpful.

Dawn Le is a seasoned campaigner with 16 years of experience managing political, communications, community organizing, and union campaigns across the country. Raised in Southern California and Washington State to Vietnamese and Chinese immigrant parents, Dawn has spent her career organizing, training, and empowering women, immigrants, and low wage workers to lift up their voices and fight for progressive change and a better life for their families.

She is currently the Managing Director at American Bridge 21st Century, the Left’s research and rapid response arm of the Resistance, where she ran the oppo-research war room in the 2016 election cycle. Previously, she was the Deputy Campaign Director for Communications for the national immigrant rights coalition, Alliance for Citizenship, where she was responsible for driving the national communications strategy, integrating voices from the business and tech world with local and state activists and farmers into the national narrative for immigration reform. Prior to that, Dawn led the communications and media outreach for the worker-led campaign, “Making Change at Walmart” with the United Food & Commercial Workers Union where workers won a starting pay of $12/hour, family healthcare options, and maternity and paid sick leave. For a dozen years, she worked at the Service Employees International Union, American Federation of Teachers, the National Democratic Institute in the former Soviet Union, and co-produced an Emmy Award-winning documentary “Haiti in Ruins,” which told the personal stories of survivors of the 2010 Haiti earthquake.

Dawn lives in Washington, DC with her husband, Adam, and their fleet of bikes.

Mayra Macías is a highly sought-after organizer, educator, and political operative, Mayra was named one of the American Association of Political Consultants’ top “2019 40 Under 40.”

Mayra grew up in Chicago’s southside, in the working-class family of Mexican immigrant parents and went on to attend Yale University, where she majored in American Studies and Ethnicity, Race & Migration. After graduating, Mayra moved to Miami to work for Teach for America as a middle school Language Arts teacher in Liberty City at Charles R. Drew Middle School.

She joined the Latino Victory Project in 2017, serving as national political director and vice president, she has served as the Executive Director since 2019. Mayra was the architect behind Latino Victory’s 74% win rate in the 2018 cycle — playing a critical role in electing the most diverse congressional class in history.

Mayra began her work in politics as a field organizer for the 2012 Obama campaign, working in the Little Havana office. After working in several issue-based campaigns, Mayra transitioned to the Florida Democratic Party, serving first as the Hispanic outreach director for South Florida and then as the deputy political director where she helped flip the Sarasota City Council. Mayra then transitioned from politics to policy by joining the Capitol Hill Fellowship, working for Congresswoman Rosa L. DeLauro, D-CT. Mayra returned to Florida the summer of 2016 and became the Florida Democratic Party’s political director — becoming the first Latina to hold this position.

Mayra’s media appearances include CNN, MSNBC, Telemundo, and Univision. She has been featured on The New York Times, Time magazine, The Miami Herald, NBC News, Vox, Business Insider, Politico, and The Hill.

Other sessions: Stemming Drop-off and Roll-off: How to Ensure Key Voters Vote in 2017-2018, Latinx Caucus 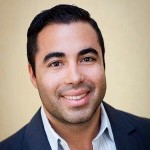 Francisco Pelayo is an immigrant from Venezuela with experience in politics, communications, news production for television and social media. He’s currently the Hispanic Media Director and Southern Region Press Secretary for the Democratic National Committee, where he leads the efforts to communicate with Spanish speaking communities as well as handling relationships with Hispanic Media reporters.

During the 2016 Election Cycle he was the Hispanic Media Director and spokesperson for Hillary For America in the state of Florida and before that he was on the team leading cross-platform Election efforts for Univision News, the leading media company serving Hispanic America. Before joining Univision in 2013, Francisco was the Deputy Director for the Spanish version of the Campaigns & Elections Magazine, a campaigns and political insiders journal founded by Stanley Foster Reed in 1980. He holds a Political Science Degree from Venezuela’s Universidad Central and a Master Degree in Peacekeeping and Conflict Resolution from Italy’s University of Torino.