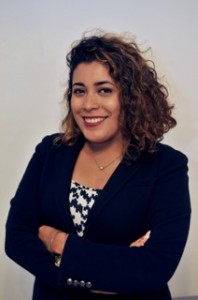 Mayra Macías is a highly sought-after organizer, educator, and political operative, Mayra was named one of the American Association of Political Consultants’ top “2019 40 Under 40.” Mayra grew up in Chicago’s southside, in the working-class family of Mexican immigrant parents and went on to attend Yale University, where she majored in American Studies and Ethnicity, Race & Migration. After graduating, Mayra moved to Miami to work for Teach for America as a middle school Language Arts teacher in Liberty City at Charles R. Drew Middle School. She joined the Latino Victory Project in 2017, serving as national political director and vice president, she has served as the Executive Director since 2019. Mayra was the architect behind Latino Victory’s 74% win rate in the 2018 cycle — playing a critical role in electing the most diverse congressional class in history. Mayra began her work in politics as a field organizer for the 2012 Obama campaign, working in the Little Havana office. After working in several issue-based campaigns, Mayra transitioned to the Florida Democratic Party, serving first as the Hispanic outreach director for South Florida and then as the deputy political director where she helped flip the Sarasota City Council. Mayra then transitioned from politics to policy by joining the Capitol Hill Fellowship, working for Congresswoman Rosa L. DeLauro, D-CT. Mayra returned to Florida the summer of 2016 and became the Florida Democratic Party’s political director — becoming the first Latina to hold this position. Mayra’s media appearances include CNN, MSNBC, Telemundo, and Univision. She has been featured on The New York Times, Time magazine, The Miami Herald, NBC News, Vox, Business Insider, Politico, and The Hill.