Student Debt and Wall Street: How Finance is Taking a Growing Share of Higher Education Spending and What We Can Do About It

Student Debt and Wall Street: How Finance is Taking a Growing Share of Higher Education Spending and What We Can Do About It

Tuition rose more than 1000% in the last 30 years. Student debt now surpasses credit card debt, and this growth shows no sign of slowing. Where is all this money going? This panel will explore how the financialization of the higher education sector is a major factor in rising costs and growing debt, and how much of the money spent on higher education in this country now goes to profits for the financial sector. This panel will present the scale of this “financial skim” and explore the policy solutions and organizing opportunities that exist to stop this financialization of higher education.

Saqib Bhatti is a fellow at the Roosevelt Institute and the director of the ReFund America Project. He works on campaigns to rebalance the relationship between Wall Street and local communities by advancing solutions to fix inefficiencies in municipal finance that cost taxpayers billions each year. He was previously a fellow at the Nathan Cummings Foundation. Prior to that, he worked on Wall Street accountability at the Service Employees International Union (SEIU), where he developed strategic campaigns to hold banks accountable for their role in creating and profiteering off the economic crisis, with a focus on municipal finance and housing and foreclosure issues. He works closely with unions and community organizations, building alliances and coalitions that are based on a populist critique of the banking industry that is informed by his research. Saqib previously worked for the Culinary Workers Union in Las Vegas. He graduated from Yale University in 2004.

Other sessions: Not Just Detroit: How to Fight Back Against Wall Street and Predatory Municipal Finance

Kevin Connor is the director of the Public Accountability Initiative, a nonprofit research organization focused on corporate and government accountability, and co-founder of PAI’s flagship research site, LittleSis.org. LittleSis (the opposite of “Big Brother”) is a free, online database of information on powerful people and organizations. 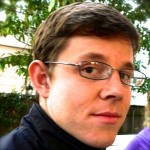 Charlie Eaton is a PhD candidate in Sociology at UC Berkeley. His research involves inequality and welfare state programs including higher education and healthcare. His dissertation is on the financialization of higher education.

Other sessions: Student Debt Caucus, Headline Risk and Social Cost: Hitting the 1% Where it Hurts, From Underdog to Top Dog: Organizing for Impact While Small and Mighty