We Keep Us Safe: Oppositional Data Collection As Community Care

We Keep Us Safe: Oppositional Data Collection As Community Care

For communities who are at best marginalized by law enforcement, and at worst, targeted by them, data collection and sharing of oppositional research can be a powerful tool for building relationships with other activists and organizations, predicting and documenting security risks and incidents, and increasing awareness of and preparedness for existing threats. Using the abortion community as an example, our panelists discuss how collecting, using, and sharing information about threats, yet being cognizant of the necessity to use that information responsibly, has helped clinics plan for known threats, document violent incidents for their legal teams, and connect bad actors to other known extremist groups. 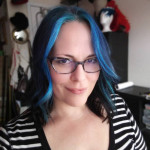 Kat Green is the Managing Director and Security Analyst at Abortion Access Front. Prior to joining AAF, Kat worked as a producer, editor, and camera operator for film and TV productions around the world. After several years on tour with AAF, she found that her production skills were extremely transferable to collecting, sorting, and contextualizing information about domestic terrorists, and has been dedicated to using that ability to help grassroots organizations and journalists stay safe ever since.

Lara Chelian, JD is the vice-president of external operations at Northland Family Planning Centers in the Metro Detroit area. She has over 15 years of experience working in abortion care through her experience with Northland Family Planning Centers at all levels of abortion care. Advocacy for independent abortion providers and representing the care they provide is a large part of her current role. For the past 2 years, Lara has been an active part of the Reproductive Freedom for All coalition to bring a constitutional amendment ballot initiative to protect the fundamental right to abortion in Michigan. It is expected to be on the ballot in November of 2022. Presently, her work’s focus is also as founder and board President of a non-profit, Reclaim, formed in 2015. Reclaim’s focus is on abortion rights advocacy, community education and engagement. The mission of Reclaim is to fuel individuals and communities to Reclaim their dignity around, confidence in, and support of abortion and reproductive rights. Reclaim engages in advocacy and public education to provide accurate and thoughtful information on reproductive health in culture and society. Lara received her undergraduate degree from the University of Michigan in 2002 and her law degree from Wayne State University in 2011.

Other sessions: Post-Roe Doesn’t Mean Post-Abortion ... If You Step Up

Kristin has coordinated the volunteer clinic escort program at her local indie abortion clinic for the last seven years, serves on the boards of both Pro-Choice Ohio and The Agnes Reynolds Jackson Fund, and works as the Community Engagement Coordinator for Abortion Access Front.

Other sessions: Post-Roe Doesn’t Mean Post-Abortion ... If You Step Up

Marie has been with AAF since spring of 2019. As the operations manager she tries to helpfully interfere with all projects, and particularly enjoys participating in fundraisers and events benefiting the invaluable independent abortion clinics all over the United States. Marie has a masters in Criminology and worked in public higher education in Chicago for over a decade as an academic counselor and fellowship and scholarship advisor. She has been the the Director of Operations for Midwest Access Coalition since late 2016, a practical support abortion organization that assists folks with transportation, lodging, childcare, and other costs that create major barriers for those seeking safe abortion care.