Our Voices: Fathers of Children Killed by Law Enforcement Speak Up

Our Voices: Fathers of Children Killed by Law Enforcement Speak Up

The stereotype of the absent Black father gained currency in the 1960s as the political advancements of the civil rights movement failed to translate into economic and social progress for everyday Black Americans. Social science research turned away from structural explanations for inequality toward a search for behavioral causes. Join us for a powerful conversation with Black fathers, uncles and sons whose lives have been impacted by police violence and hear how they are fighting against this pervasive stereotype of the absent Black father. 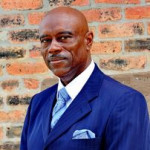 Cephus “Uncle Bobby X” Johnson, attended San Francisco State University as a undergraduate studying Ethic Studies and Black Studies. He is presently a Computer System Engineer in Silicon Valley, California. Cephus is a US military veteran.
Uncle Bobby X, is a social justice activist at the forefront of ending police violence in America. After his nephew, Oscar Grant was murdered by a Bart police officer in 2009, Cephus has founded four grassroots social justice organizations. Presently, Co-Founder and CEO of Love Not Blood Campaign, the Oscar Grant Foundation, California Families United 4 Justice, and the National Families United 4 Justice Network- a growing nationwide collective of 600 families impacted by police violence.
Cephus has received many prestigious awards for his social justice police accountability work. In 2019, Cephus received The Black Panther Party Community Award; Oakland City Council Commendation Award;  Oakland City Council Resolution for innovation Social Justice Award; Frontline Warriors Keepers Award; In 2018, The Dick Gregory Award; In 2017, Kujichagulia (Self-Determination) Award, In 2016, The Fannie Lou Hamer Award; In 2015, The Hero of Forgiveness Award; In 2015, The Henry Moskowitz Award; and The Kwame Ture Black Star of Labor Award; In 2014, The Black Organizing Project Award; and, The Martin Luther King Jr Gene Young Award,  and many others.
He has served as a leading expert on the creation of the National Impacted Families Movement of Police Accountability work. Cephus has appeared on Katie Couric’s “Race in America,” MSNBC’s “Caught on Tape”; and many others. He presents workshops on Know your Rights; Mobile Justice, and Family Response Teams.
Cephus has presented on these topics, and others, at The Left Forum conference, US Human Rights Conference, The Netroots Nation Conference, The ACLU Conference, The Free Mind Free People Conference, The National Conference on Race & Ethnicity in American Higher Education (NCORE), The Congressional Black Caucus Conference, Teachers for Social Justice Conference, and The National Black Bar Association Conference. He has also spoken at universities, high schools, and community events, and served as the West Coast Organizer of the United Nation Working Group of Experts on People of African Descent visiting the United States at Merritt College, Oakland 2016.
Known as the “People’s Uncle,” Cephus is a much-beloved presence and invaluable resource for families suffering from police violence around the globe. Currently the Love Not Blood Campaign, through its Families United For4 Justice Campaign, has a network membership of over 600 impacted families nationally. He considers ending police violence and supporting families who have been impacted by police his life’s work.

Michael Roosevelt is a trained psychotherapist with undergraduate and graduate degrees in psychology from San Francisco State University. He completed post-graduate training in clinical psychology at Children’s Hospital, Oakland, California, where he treated children and families and conducted psychological assessments and personality evaluations.

Michael Roosevelt designs and delivers programs for judicial officers, lawyers, court staff and administrators, public and private agencies on diversity matters. He developed and taught Beyond Bias: Assuring Fairness in the Courts, a fairness and diversity curriculum for court staff. This three-hour training consisted of modules on culture, bias, stereotypes, perception, disability, and sexual orientation. This comprehensive curriculum was designed and delivered to reach 15,000 court employees. To reach that audience, he delivered the curriculum and conducted train-the-trainers throughout the state of California. The curriculum has become the standard throughout the state for covering diversity topics. He also develops judicial, court staff programs covering implicit and unconscious bias with a focus on mediating its impact on decision-making.

Mr. Roosevelt’s model implicit bias education program is designed to help people and organizations understand how the mind works and what can be done to mediate the influence of bias in human interactions and decision-making. The presentations that he and his colleague delivers are grounded in the neuroscience and social psychology. His programs are not off the shelf, but designed to fit the organization, agency or department needs. The programs he delivers are very practical and applicable to work and one’s personal life.

Mr. Roosevelt is faculty for the National Judicial College, University of Reno-Nevada, serves on the Board of Directors for the Bay Area Chapter of Black Psychologists and Restorative Justice for Oakland Youth and actively support the Love Not Blood Campaign.

Jacob Blake Sr. attended Winston-Salem University where he received his degree in Chemistry/Science. Blake Sr. is the son of the late Rev. Jacob S. Blake, a civil rights leader who lead the fight for fair housing in Evanston in the 1960s and 1970s. He also lead the Ebenezer AME Congregation. After the assasination of Dr. Martin Luther King, Jr., Blake Sr. lead marches that resulted in the Evanston City Council banning racial housing discrimination. Blake Sr. is the father of Jacob Blake Jr., who was recklessly shot seven times in his back while being apprehended by the Kenosha, Wisconsin police department while his three children were in the back seat. Jacob Jr. was left paralyzed from the waist down and faces a lifetime of painful physical rehab. Blake Sr. has been advocating tirelessly for justice and accountability. Blake Sr. believes in giving a voice to the voiceless and continues to fight for everyone touched by violence,

In Ferguson, MO on August 9, 2014 unarmed 18-year-old Michael Brown, Jr. was shot and killed by white police officer Darren Wilson. Michael had just graduated from high school and was scheduled to begin vocational training classes just two days later. After his graduation, he told his father Michael Brown, Sr. “One day, the world is gonna’ know my name. I’ll probably have to go away for a while, but I’m coming back to save my city.” Unfortunately, those words have come true for the Brown family, and Mike Brown, Sr is bringing his story and his foundation, Chosen for Change, to Colleges and Universities across the Nation. “The name ‘Mike Brown’ has become the national symbol of police shootings of unarmed Black men. For me, I feel obligated to keep stressing the deeper meaning of his words. Because of my son’s death and the justice, we’re still seeking, hurting people, grieving people who’ve lost their children to gun violence or police brutality reach out to me. They invite me to speak at gatherings. There is a small level of comfort in being in the company of the wounded, the lost, the other parents who understand that we can’t possibly ‘move on,’” – Mike Brown, Sr. Michael Brown, Sr. decided to turn the pain and challenges of losing his son into an opportunity of change. Thus, “Chosen for Change Foundation” was born in loving memory of Michael Brown, Jr. It’s an organization whose purpose is to empower youth by helping them realize their potential for greatness.

Kenneth Chamberlain, Jr. is a skilled human service professional with a wide range of work experiences. Currently, he oversees an Attitudinal Job Readiness Training program and is also a Work Experience Program Developer with the Urban League of Westchester County. In that capacity, he builds relationships with local organizations and institutions, as well as with the client population he serves. He also served as a Director of Job Development, Program Supervisor, and Substance Abuse Counselor at a previous nonprofit organization.
The perspectives Kenneth developed in his work provided a foundation when he was forced to respond to his father’s death at the hands of White Plains Police Officers on November 19, 2011. Since then Kenneth has been a voice for affecting positive change in Westchester County as well as New York State. Kenneth is one of the founding members of the Westchester Coalition for Police Reform (WCPR) which consists of community organizations, religious institutions, and individuals who share a vision of safe communities, with improved community-police relations and greater police accountability and transparency. Kenneth is also a member of Families United for Justice which is an organization of family members who either have family members or they themselves have been victims of some sort of police misconduct, brutality, and criminality.
Kenneth attended Concordia College in Bronxville, NY where he received his Bachelor’s Degree in Behavioral Sciences. He has done speaking engagements at several colleges and universities Westchester Community College, SUNY Purchase, Brooklyn, and whenever asked he participates and has organized several panel discussions around police misconduct, brutality, and criminality. He has received a Certificate of Appreciation for commitment and dedication to the community from the Westchester County Board of Legislators, an Award for continued service to the City of Mount Vernon, NY from Unity Baptist Tabernacle Church a Champion of the Community award from Westchester Martin Luther King Jr. Institute for Nonviolence, as well as a Proclamation from the New York State Senate. When asked why he does this type of work Kenneth’s response is simple “you want for your brother and sister that which you want for yourself and when I say brother and sister I mean all people because one’s works are more important than one’s skin color.”

Andrew Joseph, Jr. a native of New Orleans, Louisiana and current resident of Tampa, FL after Hurricane Katrina. Mr. Joseph is a current victim advocate and co-founder of The Andrew Joseph Foundation.org. He is the father of a deceased 14 year old child named Andrew Joseph, III. His work in community organizing, advocacy and empowerment began with adjudicated youths within the school system and juvenile justice system 21 years ago.

After receiving his education, he interned with legal groups at varied law firms and judicial arenas supporting the rights of youth and families in rural Louisiana to navigate the system towards freedom and equality. In his efforts he was inspired with the vision, strength and character to make the difference in the lives of children and many of his client’s families. His efforts would be best highlighted in his working as a lead assistant principal within alternative learning environments for children who had been adjudicated and removed from traditional learning environments in the toughest urban neighborhoods where the odd were often stacked against its residents. His training in administrative codes and curriculum development with a focus on proper codes of ethics used within safe and conducive learning environments earned him accolades among educators and juvenile justice departments across the Southern Louisiana region.

In February, 2014, the unimaginable had occurred in the life of a father who had worked to save so many youth in the community, his very own child of 14 years old was negated by the very system that he interfaced with daily. Since this time the quest for accountability and amplification of civil and human rights for youth and children have been in the forefront of his increased advocacy in helping young people around the world live, grow and be nurtured within communities that love and support them. Mr. Joseph has traveled across the world speaking out against the systems of corruption and the overturn of such a system that destroys and annihilates protection and service to people of color. Mr. Joseph is powerful in his passion to serve as a change agent and has continued to work within his community as a youth coach, mentor and speaker to human rights.
For more information please contact us via: www.andrewjosephfoundation.com