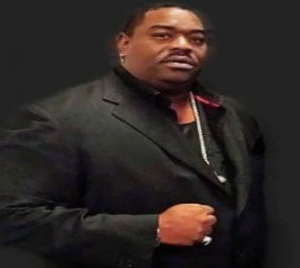 Andrew Joseph, Jr. a native of New Orleans, Louisiana and current resident of Tampa, FL after Hurricane Katrina. Mr. Joseph is a current victim advocate and co-founder of The Andrew Joseph Foundation.org. He is the father of a deceased 14 year old child named Andrew Joseph, III. His work in community organizing, advocacy and empowerment began with adjudicated youths within the school system and juvenile justice system 21 years ago. Andrew Joseph, Jr. graduated with a Bachelor’s and Master’s Degree in Criminal Justice from Grambling State University, Grambling, Louisiana. After receiving his education, he interned with legal groups at varied law firms and judicial arenas supporting the rights of youth and families in rural Louisiana to navigate the system towards freedom and equality. In his efforts he was inspired with the vision, strength and character to make the difference in the lives of children and many of his client’s families. His efforts would be best highlighted in his working as a lead assistant principal within alternative learning environments for children who had been adjudicated and removed from traditional learning environments in the toughest urban neighborhoods where the odd were often stacked against its residents. His training in administrative codes and curriculum development with a focus on proper codes of ethics used within safe and conducive learning environments earned him accolades among educators and juvenile justice departments across the Southern Louisiana region. In February, 2014, the unimaginable had occurred in the life of a father who had worked to save so many youth in the community, his very own child of 14 years old was negated by the very system that he interfaced with daily. Since this time the quest for accountability and amplification of civil and human rights for youth and children have been in the forefront of his increased advocacy in helping young people around the world live, grow and be nurtured within communities that love and support them. Mr. Joseph has traveled across the world speaking out against the systems of corruption and the overturn of such a system that destroys and annihilates protection and service to people of color. Mr. Joseph is powerful in his passion to serve as a change agent and has continued to work within his community as a youth coach, mentor and speaker to human rights. For more information please contact us via: www.andrewjosephfoundation.com