Dollars and Despots: Insecurity, Automation and Authoritarianism vs. UBI

Dollars and Despots: Insecurity, Automation and Authoritarianism vs. UBI

The erosion of democracy and rise of support for authoritarianism cannot be disconnected from the rise of economic insecurity and inequality, alongside the increasing adoption of automating technologies and the subsequent decades of stagnant wages. What are the interactions between income and authoritarian support? How can economic security both inoculate democracies against autocracy and empower citizens to engage more in the process of self-government? Is universal basic income a kind of vaccine for a healthy democracy? This session will explore such questions and more through the perspectives of entrepreneurship, academia, government, and grassroots organizing.

Scott Santens has lived with a crowdfunded basic income since 2016 and has been researching and advocating for universal basic income around the world since 2013. He is the author of Let There Be Money and is currently Senior Advisor to Humanity Forward while also serving on the board of directors for the Gerald Huff Fund for Humanity and as the editor of Basic Income Today – a daily UBI news hub.

Oliver Beasley served the City of Pittsburgh as a Senior Policy Analyst in Mayor William Peduto’s administration. Through his tenor, Oliver focused on equity in providing more economic access and opportunities to residents of the City of Pittsburgh. In 2020 Oliver led the effort in partnership with the team from Mayors for a Guaranteed Income (MGI) in building a pilot guaranteed income program for City of Pittsburgh residents. Mayor Peduto would not be elected to serve a third term in the City of Pittsburgh in the spring of 2021, with Oliver and other cabinet staff leaving for other career opportunities outside of municipal government. Oliver currently serves as the Director of Community Development for the Allegheny Conference on Community Development, a non-profit organization committed to improving the Pittsburgh region’s economic future and quality of life. 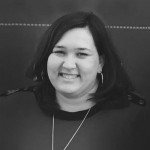 Megan got her start in organizing and then later transitioned to political fundraising, seeing firsthand the challenges we face in reform. Prior to joining RepresentUs, Megan served as a Regional Political Director at a national PAC managing paid media strategy in targeted congressional races, directed two winning congressional campaigns, and spent several years in leadership positions on campaigns around the country including Pennsylvania, Ohio, Texas, and Maryland. Megan is a graduate of Smith College and is based in Washington, DC where she spends her free time finding local hiking trails and live music.

I am professor of political science, gender studies, and philosophy (by courtesy) at the University of Pittsburgh. I write and teach about democracy, human rights, (in)justice, responsibility, and world ecologies, using critical methodologies to expose structures of domination, oppression, and exploitation and to think about possibilities for emancipatory social transformation.

Conrad Shaw is a researcher, producer, writer, and activist in the Universal Basic Income (UBI) space. A mechanical engineer turned filmmaker, in 2016 he launched into full-time UBI work when he teamed up with his now wife and partner Deia Schlosberg on a docuseries project called Bootstraps, for which he designed and managed the Bootstraps Basic Income Experiment – delivering basic incomes of $1K/month to 22 Americans across 10 states for 2.5 years – and field-produced for the film production side of the project. Conrad also created UBIcalculator.com as a tool for the movement, wrote a couple dozen essays on different facets of UBI, and in 2020 became a co-founder of Comingle (www.comingle.us), a startup company building a next gen mutual aid platform designed along basic income principles.