A lot has changed across the country, but one thing remains the same: our opponents will use any moment—even a national crisis like this pandemic—to attack access to sexual and reproductive health, and talking to people who know us and trust us about these attacks has never been more important. This Spring, as states moved to lockdowns in the face of a pandemic, governors in several states moved to cut off access to abortion during the shutdown. Learn how state and national organizers pivoted into strong virtual organizing to protect access to reproductive health, hold governors accountable for their actions, and how Planned Parenthood Votes and Planned Parenthood Action Fund will leverage lessons learned from virtual relational organizing last spring to win elections this fall—and how you can help by talking to the people you know. 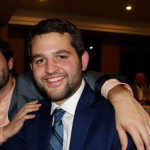 Jared DeLoof is the National States Director at NextGen America. He has worked in the #youthvote space for the past eight years. He lives in San Francisco and is from Central Pennsylvania.

Jenny Lawson, executive director of Planned Parenthood Votes, is a firm believer in reclaiming our power at the ballot box and is committed to electing reproductive rights champions at every level of government in 2020. Jenny has been part of the Planned Parenthood team since 2012, where she previously served as the National Campaigns Director at Parenthood Action Fund and Planned Parenthood Votes. Jenny has worked in progressive politics and community organizing since 2000 in states like Virginia, Oregon, and Washington. As part of her early grassroots organizing work, she led ballot initiative signature drives on redistricting reform in Florida, fought for minimum wage increases, and advocated for predatory lending reform. Jenny lives with her three kids and husband in Silver Spring, Maryland. 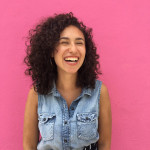 Amanda R. Matos brings over a decade of experience in public affairs and social movements to the current movement for reproductive freedom. As Director of Constituency Campaigns at Planned Parenthood Votes, Amanda manages three national advocacy programs centering Black & Latinx communities and young people in state-based organizing and elections. Amanda’s commitment to social change stems from her childhood growing up in the Bronx, New York and later co-founding and directing the WomanHOOD Project, which is a youth-led non-profit mentorship program for girls of color. Throughout her career, she has worked with New York City Council, Girls for Gender Equity, Sadie Nash Leadership Project, Futuro Media, and the Hispanic Federation’s UNIDOS Fund on policy, digital media, and research initiatives.

Amanda received a Bachelor of Arts in Ethnicity & Race Studies from Columbia University and a Master in Public Policy at the Harvard Kennedy School as a Sheila C. Johnson Fellow, and is a proud of fellowship alum of Young People For, New Leaders Council, Peace First, and the Open Society Internship on Rights and Governance. She is a 2020 Forbes 30 Under 30 Law & Policy awardee.