When Preparation Meets Opportunity: A Simulation on Rapid Response Communications

When Preparation Meets Opportunity: A Simulation on Rapid Response Communications

Crisis communications is usually viewed as responding to negative events, but the same principles apply to situations you can leverage to advance your cause. Progressive advocates and candidates can expect that they will have unexpected opportunities to engage in the public conversation and change how people approach their issues. We’ll guide participants through an hour-by-hour crisis of opportunity simulation. Participants will walk through every action they would take in response to the developing story and how they can shape the media narrative.

Participants should have at least 1-3 years of experience working in communications at an advocacy organization. This training will equip staffers who are on the frontlines to answer the question “What do we say?” when a major news story breaks about their issues. 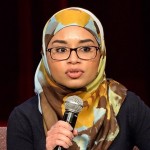 Firdaus is a communications strategist shifting the media narratives of communities impacted by Islamophobia in America, with a focus on building the skills of Black, Arab, Middle Eastern, Muslim, Sikh, and South Asian advocates, community leaders, artists, and creatives. She is an experienced and engaging trainer with more than 7 years of experience designing and leading trainings to hundreds of people in the US and across the world. She brings her first-hand experience providing crisis communications support during some of the highest Islamophobic sentiment in recent history. This is her fourth year presenting at Netroots Nation.

Guthrie Graves-Fitzsimmons works at the intersection of religion and public policy. For the past five years, he has worked on major issue advocacy campaigns with the nation’s most prominent faith-based organizations. He holds a Master of Divinity degree in social ethics from Union Theological Seminary in New York City. His political and religious commentary has appeared in NBC News, Washington Post, New York Times Magazine, CBS News, Wall Street Journal, USA TODAY and many other outlets. He started “The Resistance Prays,” a daily prayer and action letter, in July 2017.

Other sessions: Inside the Growth of the Religious Left: a roundtable discussion