Racism and the Struggle for Digital Rights

Racism and the Struggle for Digital Rights

The struggle for the digital rights of communities of color is a central issue in the fight for racial justice. Large corporations and our government are using digital tools that further cement a white racial hierarchy in our society in the pursuit of profits and political power. Companies like Amazon, Facebook and Google are providing a megaphone for racists to spread hate speech and algorithms that discriminate against people of color. Government agencies are also using the tools of surveillance to criminalize communities of color. Panelists will discuss the actions they are taking to challenge these powerful institutions to ensure the digital sovereignty of communities of color—and what you can do to get involved.

Joseph advocates in Washington to ensure that our nation’s media policies serve the public interest and builds coalitions to broaden the movement’s base. Joseph writes frequently on media and internet issues and is the co-author of the New York Times bestseller News for All the People: The Epic Story of Race and the American Media. He is the 2015 recipient of the Everett C. Parker Award, which recognizes an individual whose work embodies the principles and values of the public interest. Before joining Free Press, Joseph worked as deputy director of the National Association of Hispanic Journalists and was a journalist for several years.

Other sessions: Fighting ALEC's Control of Lawmaking is a Fight Against Racism 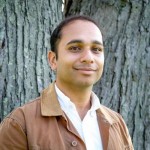 Gaurav is Free Press’ policy counsel and works alongside the policy team on topics ranging from internet freedom issues like Net Neutrality and media ownership to consumer privacy and government surveillance. Before joining Free Press, he worked at the Government Accountability Project protecting the rights of national security whistleblowers, and prior to that as a legislative counsel at the American Civil Liberties Union. He earned both his B.A. in international affairs and his J.D. from the George Washington University.

Erin is the National Field Organizer for Internet Rights at CMJ. Erin joins CMJ with more than 5 years of grassroots organizing and advocacy experience in the areas of technology, affordable housing, and criminal justice. Prior to working with CMJ, she was a community organizer with Bread for the City, fighting alongside DC residents living on low incomes for equitable redevelopment without displacement. She also previously worked as a government affairs coordinator at the Internet Association on issues of net neutrality, privacy, and Internet governance. Erin recently served as the 2016-2017 co-chair of Black Youth Project 100’s DC Chapter and has committed herself to the work of liberating all Black people. She earned her BA in political science from Howard University and currently lives in Baltimore, MD.

As the Senior Policy Organizer with Media Mobilizing Project, Devren works on issues at the intersection of digital and social justice. He is also a founding member of the Philadelphia Community Bail Fund and an organizer with Black Lives Matter. As a Philly organizer, Devren is committed to connecting digital rights with social justice movements to create a more sustainable movement towards an equitable future.