Equality at the Ballot Box: Lessons from Standing Rock

Equality at the Ballot Box: Lessons from Standing Rock

Four people who were on the ground in North Dakota during the 2018 Midterm cycle will take a deep dive into their experience at Standing Rock and Turtle Mountain Indian Reservations. This panel will walk you step-by-step on the specific challenges faced at each critical point in the North Dakota Court Battle and the resulting solutions to turn out Native American voters in record numbers. 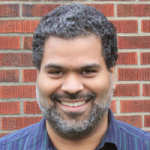 Libero is a tech-savvy movement strategist, educator, and writer who is a senior staff person of the Alliance for Just Society. He is nationally recognized for his work for progressive social change and racial justice. Libero was previously the Digital Director, then the Communications Director, of People’s Action. He was the Digital Director and Senior Organizer for Alliance for a Just Society. Libero was on the staff of the Applied Research Center (now Race Forward) for many years and is a graduate of MAAP (Movement Activist Apprenticeship Program). Libero’s writing has been featured in such publications as Common Dreams, Truthout, San Francisco Chronicle, Colorlines, Black Commentator and People’s World. Libero is on the Advisory Council of IllumiNative. Libero is from Salt Lake City, Utah and lives in East Harlem, New York.

I am a member of the Caddo Tribe of Oklahoma and director of the Native Organizers Alliance (NOA), a national Native training and organizing network. NOA builds relationships with tribes, traditional societies and grassroots community groups in key Native communities and reservations through Native community organizing training and strategic campaign planning.

At the core of my work is the belief that organizing a grassroots, durable ecosystem of Native leaders and organizers who share a common theory of change rooted in traditional values and sacred practices is necessary to achieve tribal sovereignty and racial equity for all.

The path to transformational social change is built upon an ecosystem of relationships or as we say in Indian Country, being “a good relative.” Being a “good relative” is walking in total awareness of the environment, past, and future, and acting, in the present, in harmony with all in the natural world and humanity.

I am a board member of IllumiNative, and chair of the board of NDN. I am currently a Roddenberry Fellow.

Other sessions: Reclaiming Native Truth to Change the Narrative

Monique first joined DFA after two years as the National Field Director for the US Student Association (USSA). While with USSA, she worked to hold state and national leaders accountable on key progressive issues, such as education, healthcare, immigration reform and labor rights by mobilizing college & university campuses. For the 2010 election, she organized voter registration, education and get-out-the-vote efforts on over 100 campuses resulting in over 70,000 registered voters. Once the 111th Congressional session wrapped, Monique moved to DFA as a National Field Organizer and Campaign Academy Organizer. Throughout 2011 she trained, recruited and developed activists, organizers and candidates in grassroots tactics and strategy. In 2012, Monique moved to MN-08 to direct CREDO SuperPAC’s campaign to defeat the worst tea-party members of Congress. After a successful campaign, Monique happily returned to DFA to continue recruiting, training and developing the progressive bench in all 50 states.