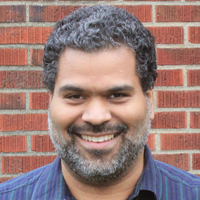 Libero is a tech-savvy movement strategist, educator, and writer who is a senior staff person of the Alliance for Just Society. He is nationally recognized for his work for progressive social change and racial justice. Libero was previously the Digital Director, then the Communications Director, of People’s Action. He was the Digital Director and Senior Organizer for Alliance for a Just Society. Libero was on the staff of the Applied Research Center (now Race Forward) for many years and is a graduate of MAAP (Movement Activist Apprenticeship Program). Libero’s writing has been featured in such publications as Common Dreams, Truthout, San Francisco Chronicle, Colorlines, Black Commentator and People’s World. Libero is on the Advisory Council of IllumiNative. Libero is from Salt Lake City, Utah and lives in East Harlem, New York.