Back to Our Roots: How the Movement for Energy Democracy Starts with Rural Progressives

Back to Our Roots: How the Movement for Energy Democracy Starts with Rural Progressives

Energy democracy is already here—for the 42 million members of America’s 860 rural electric co-ops. These democratically owned electric utilities could build the just transition to local, clean energy we need, while keeping $41 billion in annual electricity purchases in local communities and addressing deep inequities in racial and economic justice. But it will take a renaissance in democratic organizing at the grassroots across the country to win this future, particularly in rural places in the South and Midwest that have been a blind spot to many progressive campaigns and funders. Join a discussion with four of the nationally recognized grassroots organizers who are leading in this growing movement. 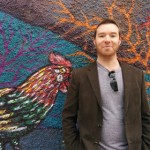 Jake Schlachter is the founder and executive director of We Own It where is he starting up a a new national network for cooperative member-owner rights, education, and organizing. This year, 30 We Own It fellows from 21 states will receive stipends and join an intensive organizing support program for their local electric co-op campaigns. After a first career in computer security, Jake began grassroots organizing in 2006 around the issue of election security, and in 2010 transitioned to start-up cooperative organizing. He has led training workshops at dozens of conferences for hundreds of organizers and board members. He lives in Madison, Wisconsin, with his wife, PhD candidate and social movement researcher Laura Schlachter, and their baby daughter, Hartley.

Other sessions: F**k Petitions: How to Do Principled and Personalized Digital Work in an Increasingly Crowded Online Space, Charting Your Path in the Progressive Movement: How to Give Back While Staying Employed, Valued and Paid

After learning of widespread corruption and mishandling of funds and equipment at Choctaw Electric Co-Op, Stan volunteered and was instrumental in organizing a petition drive and campaign by Choctaw Electric Coop members, which gathered over 2800-member signatures. Our group’s efforts led to the ousting of the CEO and the entire Board, resulting in taking control of the board and making many sweeping reforms.
Stan Hammons grew up in a small rural community in S.E. Oklahoma with the highest poverty rate in the state. This has given him a deep sense of empathy and commitment to issues effecting the poor and disadvantaged through-out his life. Stan is a veteran Of the U.S. Air Force where he attended Arizona State University and later also served as a USAF Recruiter. He was selected Airman of the Year in 1975.

Stan worked as the Coordinator of Business and Industry Relations for Oklahoma City Community College. He also served as The Oklahoma Deputy State Treasurer, Assistant Director of the State Tourism and Recreation Department, Special Assistant to the State Corrections Director and a Lobbyist for the National State Treasurers Association.

Stan was the owner and of Microm Computers LLC, which employed over 100 people in Norman, Oklahoma and serviced state businesses as well as contracts with the U.S. Navy. Stan has spent over 30 years as a Campaign adviser in Oklahoma including volunteering in multiple State and Local Campaigns, three Successful Gubernatorial campaigns, State Pari-mutuel Racing, multiple State education issues and The State Lottery for Education funding. Stan has been an adviser for multiple sales Tax and Bond Elections and Economic Development Issue Campaigns. He has helped organize multiple petition drives.

He recently volunteered to help organized the petition drive and campaign for the removal of the Corrupt Board of Trustees at Choctaw Electric Co-Op and helped run campaigns for the new Board candidates and multiple by-law changes. He helped lobby the legislature to change the law to allow mail-in ballots for Oklahoma RECs for the first time in history.