As LGBT people in the United States win important fights in courts and legislatures, American anti-gay activists are increasingly turning their attentions abroad, where their dangerous ideology is causing serious—even deadly—harm. This panel will examine the role of the U.S. right-wing movement in organizing and funding homophobia abroad, as well as the role progressive activists have in holding global anti-gay activists accountable at home.

Peter Montgomery is a senior fellow at People For the American Way, where he contributes to the Right Wing Watch blog as well as longer reports about the Religious Right and its political allies. He is also an associate editor for Religion Dispatches, where he writes a weekly column on global developments at the intersection of religion and LGBT issues. His writing has also appeared in The American Prospect, Public Eye magazine, Alternet and other publications. 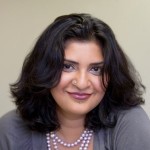 Urooj Arshad is the Associate director, International Youth Health and Rights at Advocates for Youth where she manages a project of the International Division that builds the capacity of youth-driven organizations in the global south. She is a steering committee member of the Muslim Alliance for Sexual and Gender Diversity (MASGD) which addresses the intersectional impact of Islamophobia, homophobia, and transphobia. She was a member of the Center for American Progress’ Faith and Reproductive Justice Institute and an American Muslim Civic Leadership Institute fellow. She is currently on the Kalamazoo College Arcus Center for Social Justice Leadership Global Advisory Board and Astraea Lesbian Foundation for Justice Board. Urooj was selected to serve on the U.S delegation to the 59th Session of the United Nations Commission on the Status of Women.

Other sessions: LGBTQ Ladies Doin' It For Ourselves: Lessons Learned and Opportunities for Engaging LGBTQ Women

Gillian Kane is a Senior Policy Advisor for Ipas, a global abortion rights organization based in North Carolina. Gillian has published extensively on issues related to human rights, gender and reproductive health in The Atlantic, Slate, AlterNet and Ms. magazine, among others. She lives in Brooklyn, NY.

Other sessions: We are One: Overcoming the Shared Opposition of the LGBT and Reproductive Rights Movements

Rev. Canon Dr. Kapya John Kaoma is Political Research Associates’ religion and sexuality researcher and author of the 2012 Colonizing African Values report. He is an ordained Anglican with a particular interest in human rights, ecological ethics, and mission. A former dean of St. John’s Cathedral and lecturer at Africa University in Mutare, Zimbabwe and academic dean of St. John’s Anglican Seminary in Kitwe, Zambia, Dr. Kaoma produced a report entitled Globalizing the Culture Wars: U.S. Conservatives, African Churches, and Homophobia that prompted invitations to testify before the United States Congress and the United Nations. He represented the Anglican Communion at the Edinburgh 2010 conference, presenting a paper on mission and ecology. He is currently the Rector of Christ Church, Hyde Park, MA and a Visiting Researcher at Boston University Center for Global Christianity and Mission. He received his doctorate in Ethics from Boston University.

Other sessions: We are One: Overcoming the Shared Opposition of the LGBT and Reproductive Rights Movements

Maurice is a Jamaican lawyer, LGBTI activist, and educator. For nearly twenty years, he has been working with a variety of agencies to combat homophobia and HIV across the Caribbean. As part of the Legal Network’s Research and Policy team, Maurice continues his fruitful partnerships with various regional stakeholders to promote and protect the human rights of Caribbean LGBTI people.
Maurice has an extensive record of anti-discrimination endeavors, including the authorship of reports to regional and UN agencies on the human rights situation for LGBTI people; conducting judicial and police LGBTI- and HIV-sensitization trainings; facilitating human rights documentation and advocacy capacity-building exercises; and acting as counsel and/or claimant in cases challenging anti-gay laws before the most senior tribunals in the hemisphere.
In 2012, Maurice received the inaugural David Kato Vision and Voice Award, which recognizes individuals who defend human rights and the dignity of LGBTI people around the world.