Every campaign talks about new media, but too many stop at Facebook and Twitter. Successful campaigns leverage the full breadth of tools and strategies new media has to offer across all their departments to raise money, turn out volunteers and spread a campaign message efficiently and effectively. This panel will present case studies from successful new media programs like those run by the Elizabeth Warren campaign and her allies Eric Griego and Lois Frankel, with new media directors from these campaigns (along with the Progressive Change Campaign Committee) sharing the innovative strategies they’re using to win in 2012.

Jason is an activist, organizer, and musician living in Washington, DC. At the Action Network, he helps design and build new online organizing tools for progressives.

Other sessions: How to Make Clicks Mean Something: Strategic Planning for Online Campaigns

In June, Audrey hopes to be fresh off a primary win for one of this year’s top progressive candidates, Eric Griego. She currently serves as the Digital Communications Director at the Eric Griego for Congress campaign in Albuquerque, NM. 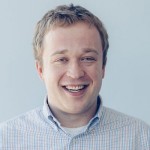 Brandt is a native Kentuckian and our jack of all trades. He cut his teeth as Digital Director on the head-turning Senate race in Kentucky during the 2010 election. He brings a unique skill set of design and writing that is hard to find. Before New Blue, Brandt was the Digital Director for Lois Frankel’s 2012 election campaign and led the digital efforts for Jack Conway’s 2010 head-turning Senate race. Brandt helped to raise well over $3 million online combined for the races. He also served as Deputy Campaign Manager for Adam Edelen’s campaign in Kentucky as well as a number of other roles for races big and small in Kentucky. Since joining New Blue in 2012, Brandt has raised over $8.5 million for NBI clients for projects big and small and has helped develop technological platforms and cutting-edge strategies that give our clients the boost they need to succeed.