We all know the tedious stereotype about the humorless feminist, but the reality is so much different. One look at online feminism confirms that feminists really are funny, and usually funnier than the sexists they fight. The panelists will discuss the hows and whys of laughing our way to gender equality.

Both men and women packed the room for the panel Funny Feminism: Joking Our Way to Gender Equality with @AmandaMarcotte, @desifeminista, @morninggloria, @DavidFutrelle and @AnnaHolmes.
Truth from @annaholmes: Feminism of my mother’s generation didn’t have a lot to laugh about #nn12Andrea Peterson
Having total fan girl moment at the Feminists are Funny #nn12 panel @morninggloria @AnnaHolmes @kthalps @AmandaMarcotteAnthea Watson Strong
Men dont like being humiliated, misogynists especially dont like being humiliated -@morninggloria #fem2 #nn12Andrea Peterson
.@morninggloria: Conservatives can be really funny in a meta way, like Michele Bachmann is one of the funniest people in the world #nn12Andrea Peterson
"the butt of the joke matters for sensitive subjects." (paraphrased) @morninggloria #nn12colleen crinion
Responding to crazies w/jokes about periods & the scary mysteries of the female body: so funny. @morninggloria at Funny Feminism panel #NN12Alesa Mackool
"If I could remove one group from the internet, it would be dudes that are concerned." @amandamarcotte #nn12colleen crinion
The panel discussion was not only funny, but also thought provoking on gender equality issues. For some NN12ers, it was the highlight of the conference.
Feminists are Funny panel is the highlight of #nn12 @morninggloria @AnnaHolmes @kthalps @AmandaMarcotteShannon Moriarty

Amanda Marcotte is a freelance journalist, author, and feminist gadfly. She blogs at Pandagon.net and at Slate’s XX Factor, as well as writing for such diverse outlets such as the Guardian, Reuters, Alternet, and the American Prospect. She also loves multi-media, doing podcasts for RH Reality Check and on the Citizen Radio network, as well as a TV clip review show called The Orange Couch.

Other sessions: Paying the Price, Leading the Fight: Youth and the Politics of Reproductive Rights

Born and raised on the mean streets of New York City’s Upper West Side, Katie Halper is a comic, writer, blogger, satirist and filmmaker. A director of Living Liberally and co-founder/performer in Laughing Liberally, Katie has performed throughout the country, at all Netroots Nations, and The Nation Magazine Cruise, where she made Howard Dean laugh! Her writing and videos have appeared in The New York Times, Comedy Central, The Nation Magazine, Gawker, Nerve, Jezebel, the Huffington Post, Alternet and Katie has been featured in/on NY Magazine, LA Times, In, Gawker,Jezebel, MSNBC, the Alan Colmes Show, and the National Review, which called Katie “cute and some what brainy.” She is a founding principal of Qualified Laughter – a production company dedicated to comedic social justice media – where she co-created the AFL-CIO Collective Bargaining video series and SEIU’s Healthy Americans Against Reforming Medicine series, among others. 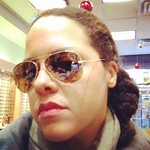 Other sessions: Behind the Camera: Addressing the Underrepresentation of Women in Media and Culture

Erin Gloria Ryan is a staff writer for Jezebel.com covering mainly politics, women’s rights, and the media’s absurd coverage thereof. A Wisconsin native, she recently relocated to New York City from Chicago. Before writing for Jezebel, she spent several years placating the 1% in finance and thinking up snappy retorts she never was able to use.