With reproductive rights under constant attack, young women and men face some of the most extreme consequences of social conservatives’ anti-sex policies and are too often sold out in compromises from the left. Whether it’s parental notification laws, the Obama administration caving to political pressure to deny young women access to Plan B emergency contraception or the manufactured “controversy” over birth control, the rights of youth are too often traded away in larger political fights. In a culture that demonizes young people’s sexuality while denying them everything from sex education to basic health care, this panel will explore how youth activists and their allies are fighting back.

Rachel is the Manger of Communications and Public Relations at Advocates for Youth. She works directly with the media to add the voice of young people in the conversation about reproductive sexual health, promotes the organization and its programs, conducts media trainings, and engages external audiences with Advocates’ social media properties. A native Washingtonian, she graduated from The George Washington University with a bachelor’s degree in Sociology and Communications. Prior to joining Advocates she was a Senior Account Executive at GolinHarris, a global PR agency, was the Communications Assistant at the National Association for Equal Opportunity in Higher Education, and worked at Strauss Radio Strategies and the American Association for the Advancement of Science.

Ernesto Dominguez • 24
Dominguez works as the youth technology specialist for the Cascade AIDS Project and drew on that experience, using social media to bring comprehensive sex education to Oregon Youth. In Appreciation for Dominguez’s efforts spread beyond Portland—in March the National Gay and Lesbian Task Force presented Dominguez with its Paul A. Anderson Youth Leadership Award. His thank-you speech, in which he talked about being both a gay man and an undocumented immigrant, was widely shared among activists. In May 2012 Dominguez was also recognized as one of Advocate magazine’s “Top 40 Under 40”

April Flores is an undergraduate student at the University of Texas at Brownsville. Currently, she is studying History and Public Service. As part of the Cultural Advocacy Mobilization Initiative (a program under Advocates for Youth), April leads the Texas Freedom Network Student Chapter in her campus in order to advocate for comprehensive sex education.

Last semester, April successfully established the Texas Freedom Network Student Chapter at UT Brownsville. The TFN Student Chapter is the first and only political organization that advocates for many issues that are prevalent in Texas (as well as the entire United States) in the university. She has organized several events to bring awareness to the need of comprehensive sex education, including petition drives and shows. In addition, she joined her local School Health Advisory Council to further reach her goals. Lastly, she has utilized technology (social media and blogging) to spread her message. 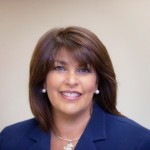 Debra Hauser has been with Advocates for Youth for 20 years. In January 2012, Deb became the organization’s fourth Executive Director. She has been at the center of numerous innovations in the field of adolescent sexual health, including being a co-founder of the Future of Sex Education—an initiative that produced the first-ever National Sexuality Education Standards, Core Content and Skills, grades K to 12; designing an innovative HIV/AIDS prevention and testing-to-treatment program on Historically Black Colleges and Universities; and expanding the Great American Condom Campaign into a ground-breaking effort to normalize condom use on college campuses. Deb is committed to a cascading style of leadership that promotes youth activists as change agents and leaders. Before coming to Advocates, Deb served as Director of Community Health Services in Atlantic City and as a Peace Corps volunteer in Paraguay. She holds a Masters of Public Health from the University of Michigan.

Amanda Marcotte is a freelance journalist, author, and feminist gadfly. She blogs at Pandagon.net and at Slate’s XX Factor, as well as writing for such diverse outlets such as the Guardian, Reuters, Alternet, and the American Prospect. She also loves multi-media, doing podcasts for RH Reality Check and on the Citizen Radio network, as well as a TV clip review show called The Orange Couch.

Other sessions: Funny Feminism: Joking Our Way to Gender Equality