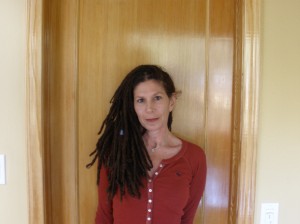 Lisa Smithline is an innovative leader in the cause marketing field.  As a producer and marketing strategist Lisa creates dynamic multi-platform distribution campaigns using film and new media.  Lisa's current career integrates a commitment to social change with an extensive background in film, television and commercial production.  As a founding partner of Brave New Films and director of alternative marketing at Focus Features, Lisa pioneered new models of community-based distribution.  She has produced successful marketing campaigns for many popular films and projects including Academy Award nominated TROUBLE THE WATER, Stacy Peralta's CRIPS & BLOODS, DIRT! The Movie, San Francisco Opera CINEMA SERIES, THE PEOPLE SPEAK & HEIST. Lisa has been a featured speaker on marketing and distribution at leading conferences across the country including American Film Market, Sundance Film Festival, Netroots Nation, Westdocs and The Center For Social Media’s Making Your Media Matter Conference.