Parenting in the Progressive Movement

Parenting in the Progressive Movement

It’s no secret that the pandemic has been especially hard for parents and caregivers and that parents across all sectors and of all genders are experiencing burnout at alarming rates. How do we as a sector and movement support parents and caregivers and help them prevent burnout? This session will feature an honest discussion from parents across the progressive movement about what it’s really like as a parent working for progressive organizations. We will hear from speakers about what policies and culture at their current workplaces allow them to be happy, healthy, whole people in and outside of work. Also, what additional changes need to be implemented across the sector so that we can support parents and retain them within our movement. 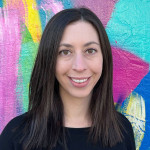 Alesa Mackool (she/her) is the Founder and President of ACM Strategies. Alesa has earned a reputation for success working on nationwide voter turnout campaigns, helping organized workers win National Labor Relations Board elections, and amplifying the voice of American families in the face of extremist efforts to stifle them. Alesa grew up in Michigan and holds a B.A. in Journalism from Michigan State University. She was selected as a member of the American Association of Political Consultants 40 Under 40, and has been honored with the inaugural GAIN Powerful IDEA Award in the Digital Consultant category. Alesa is a military spouse and currently lives in Washington, D.C. with her husband, two daughters, and dog.

As Director of Development on the Philanthropy team, Faizan Faruq works directly with stakeholders to help secure funding for Bitwise Industries’ nonprofit, Bitwise Impact. His overall goal is to partner with mission aligned organizations to unite resources, connect community activators, and help remove barriers for individuals aspiring for high-growth, high-wage employment. Through his work, Faizan hopes to bring awareness to the systematic issues preventing upward mobility by showcasing findings and research, and helping create a more equitable society.
Growing up in the South as a bi-racial Muslim kid, Faizan’s first experiences with nonprofits and community organizing came in 2007 when he volunteered with President Obama’s first presidential campaign. This led to eight years working in Washington D.C. at a number of political, nonprofit and social-good organizations. Now at Bitwise Industries, Faizan hopes to help make an impact alongside our Philanthropy team and expand the portfolio of stakeholders. Outside of work, Faizan enjoys spending time with his husband, Jarod, their seven-year-old, Dylan, and two dogs, Snoopy and Chloe.

Jamie McGonnigal is the Vice President of Sales for Impactive. He joined Impactive following five years of transforming partnerships for SOCAP, and prior to that, was the Director of RootsCamp – the largest progressive “unconference” in the U.S. Jamie has produced more than 200 Broadway concerts and events, benefiting organizations such as The Matthew Shepard Foundation, National AIDS Fund, United Nations Association, and Broadway Cares / Equity Fights AIDS. In his free time, Jamie is a cartoon voice actor for Pokémon, Yu-Gi-Oh! and several other animated features and video games. He lives in Hyattsville, MD. with his husband Sean, son Malcolm, and puppies Lily & Rose.

Sabrina Joy Stevens (she/her) is an accomplished movement-builder, storyteller, and strategist. She has contributed to some of the most impactful human and civil rights movements of the last 20 years. She helps advocates cultivate brave and joyful strategic communications and campaigns for justice. She also teaches people how to use values-driven narrative techniques to neutralize mis- and disinformation. Her work has appeared in media outlets like MSNBC, The Washington Post, Education Week, The Hill, and more.

Nicole Varma is the Operations Specialist for ACM Strategies. Nicole has been working in movement and campaign spaces for the past 15 years, starting in Iowa in 2007 on Hillary Clinton’s first presidential campaign and then the DNC headquarters. Nicole currently lives and works in the Orlando, Florida suburbs with her husband, Jarrett, three kids: Jay, Jordan, and Jemma, and her two dogs Rusty and Dobby. In her free time, she loves to serve on boards and committees to fight for social justice issues and aspires to take on the additional titles of PTA mom and Cub Scout leader this fall!