Hope in the Dark: Out-Organizing Voter Suppression in 2022

Hope in the Dark: Out-Organizing Voter Suppression in 2022

In response to the massive turnout in 2020, Republicans in state legislatures have passed aggressive voter suppression legislation that closes polling locations, shortens the window for early voting, and eliminates drop box locations. In states like Texas, these bills target Black and brown communities so that their votes won’t be counted in the upcoming midterm elections. Without national voting rights legislation, we’re left to out-organize voter suppression in red and purple states. Join our panel of voting rights experts and organizers for a conversation about Republicans’ most recent voter suppression tactics and how we can think creatively to organize around them. 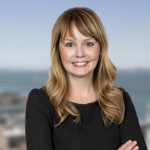 Sarah is the Chief Operating Officer of Civitech, a public benefit corporation based in Austin, Texas that provides an affordable and accessible suite of tools to register and turn out voters, recruit candidates to run for office, and help Democratic and progressive candidates and causes win.

As an attorney with over 15 years of experience and an expert in state and federal voting laws and practices, Sarah has been at the forefront of finding creative ways to use technology to work around antiquated state and local voting procedures and improve access to voting. She is the chief strategist behind the development of Civitech’s online voter engagement tools, including a vote-by-mail tool that powered the DNC’s vote-by-mail programs in 2020. Prior to joining Civitech, she served as the General Counsel of Vote.org, where she led state voting policy initiatives to expand access to online voter registration and helped develop a suite of online voter registration and vote-by-mail tools.

In her past life as a trial and appellate court litigator, she worked on a variety of commercial and impact litigation. She has been featured in the New York Times and Reuters, appeared on MSNBC, and many local news outlets. 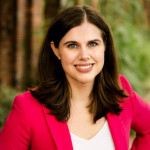 Other sessions: To Protect Our Elections, We Must Protect Those Who Run Them

Stephanie Gómez (she/ella) is an Aries from Houston who has dedicated her career to getting people excited about reforming democracy in Texas. From the first door she knocked on the Wendy Davis for Governor campaign in 2014, to chasing down her peers at the University of Houston to register to vote, to leading a statewide voting rights legislative coalition as Associate Director of Common Cause Texas, Stephanie has been using her unbridled enthusiasm to serve the interests of Texans. She is a proud University of Houston coog and holds a Master of Social Work from the Graduate College of Social Work and a Master of Public Policy from the Hobby School of Public Affairs. Stephanie is super excited to be joining the MOVE Texas Team and delighted to get to work alongside the staff. In her free time, Stephanie likes to read books in the sun, watch her cats sleep, and haunt Houston’s coffee shops.

Charley Olena is the Senior Advocacy Director for Secure Democracy USA. In this role, Charley manages SDUSA’s full advocacy team working across twenty state legislatures, identifies policy and advocacy trends, and coordinates responses with state and national partners, in addition to managing work directly in 6 states. Charley works to bring together legislative leadership, election administrators, and advocates to pass election reform that strengthens the security and integrity of our elections while protecting and expanding access to the ballot. Prior to joining the team at Secure Democracy, Charley led state and local advocacy work in Colorado on a host of issues. Charley’s work has been featured frequently by press, including in Politico, The New York Times, and The Washington Post, as well across state media outlets.