On average, 860,000 new citizens are sworn in every year and many of them live in battleground states. In 2020, immigrant voters made up 10% of the electorate and voted overwhelmingly Democratic. Despite barriers, voter turnout grew exponentially among immigrant voters in 2020, outpacing native-born voters. We’ll discuss the strategic importance of immigrant voters, their voting patterns, and how to improve outreach with a focus on overcoming language barriers. 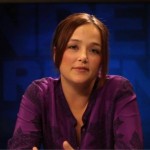 Annabel is a progressive activist, a social media consultant, and an award-winning documentary filmmaker (9500 Liberty, Story of America). She has founded and led several nonprofit organizations and media companies including Indigo Light, Coffee Party USA, The Talk on Main St, Count Me In To Win, and DIY Green. She studied philosophy and politics at Boston University and then at Oxford University as a Marshall Scholar. Her writings have been published in the Washington Post and on CNN.com. 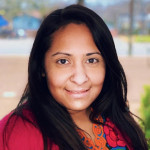 Born of undocumented immigrants from Mexico, Dalila Reynoso is an activist in Tyler, Texas. Her powerful advocacy work has been featured in local and national media. She currently works at the Texas Jail Project as an organizer helping families navigate the justice and mental health systems. 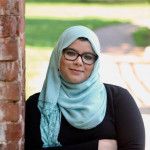 Aisha Yaqoob Mahmood is the Executive Director of the Asian American
Advocacy Fund. Aisha is native to the South and has worked in the
progressive community in Georgia for the last seven years. She graduated
with a Masters of Public Administration from the University of Georgia with
a focus on local government and public policy. Aisha developed a strong
passion for immigrant rights and civic engagement as she founded the
Georgia Muslim Voter Project and worked as the Policy Director for Asian
Americans Advancing Justice – Atlanta. These experiences have
strengthened her desire to fight for justice for all marginalized people,
including Muslims, immigrants, and refugees.