Our fragile care infrastructure is as critical to our economy as roads and bridges. And a powerful movement is growing to make the transformative structural changes that workers, families, and businesses need, including: expanding access to paid leave, affordable and quality child care, and caregiving options for people with disabilities and aging adults. These infrastructure improvements will create jobs for workers who have been disproportionately impacted by unemployment (women of color) and support economic recovery. Learn what we’re doing and how you can get involved!

Ai-jen Poo is an award-winning organizer, author, and a leading voice in the women’s movement. She is the Executive Director of the National Domestic Workers Alliance, Director of Caring Across Generations, Co-Founder of SuperMajority, Co-Host of Sunstorm podcast and a Trustee of the Ford Foundation. Ai-jen is a nationally recognized expert on elder and family care, the future of work, and what’s at stake for women of color. She is the author of the celebrated book, The Age of Dignity: Preparing for the Elder Boom in a Changing America. Follow her at @aijenpoo.

Dawn Huckelbridge is the director of Paid Leave for All, the national campaign of organizations leading the fight for paid family and medical leave for all working people. She has broad experience in progressive policy, political organizing, communications, and building early-stage programs and campaigns. She has held leadership positions at Supermajority, American Bridge, Planned Parenthood, People For the American Way, and the Barbara Lee Family Foundation. She graduated from the London School of Economics and Political Science with a master’s degree in gender and social policy. 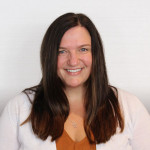 Nicole Jorwic is the Senior Director of Public Policy at The Arc, a national community-based organization advocating for and serving people with intellectual and developmental disabilities and their families. Nicole represents The Arc in broader coalitions to build movements around care. Prior to joining The Arc policy team Nicole served as Senior Policy Advisor for the state of Illinois. Prior to that appointment, Nicole served as the CEO/President of the Institute on Public Policy for People with Disabilities where she continued the Institute’s mission to improve the lives of people with disabilities and assisted the leadership of the state of Illinois in developing public policy driven best practices in serving individuals with disabilities. Nicole is also an accomplished special education attorney and an advocate for students with disabilities, with a focus on transition-aged youth. Nicole received her JD and Child and Family Law Certificate, from Loyola University Chicago. She received her BS from the University of Illinois. Nicole is also a sibling, her brother Chris is 32 and has autism.