As people struggle with rising child care, housing, and other costs while wages stagnate or fall, we know we deserve better. In communities across the country, people are demanding more from policymakers, and political momentum is building to demand that everyone is guaranteed the foundations for a good life. This panel will discuss four campaigns built on guarantees: housing, jobs, family care, and income. We will learn from pilot sites amd successful campaigns, and focus on what we can do together to elevate the idea of guarantees.

Solana is a dedicated advocate aiming to shape the most vibrant, inclusive, and sustainable economy this country has yet to see. Prior to starting Liberation in a Generation, Solana was Director of State & Local Policy at Prosperity Now where, under her leadership, she built strong advocacy partnerships with organizations in the field and advanced dozens of policies in nearly half the states in the nation. Prior to joining Prosperity Now, Solana served as a director for financial security initiatives at PolicyLink. Solana has a Master’s in City Planning from MIT, where she researched the integration of individual development accounts into community development services. She holds a B.A. in architecture from Washington University in St. Louis. Solana is also a Soros Equality Fellow.

Mia Birdsong has spent more than 20 years fighting for the self-determination and pointing out the brilliant adaptations of everyday people. In her current role as Co-Director of Family Story, Mia is updating this nation’s outdated picture of the American family (hint: rarely 2.5 kids and two heterosexual parents living behind a white picket fence). Mia, whose 2015 TED talk–titled, “The Story We Tell About Poverty Isn’t True”–has been viewed over 1.2 million times already, is an Ascend Fellow of The Aspen Institute and a New America California Fellow.

Mia is a modern Renaissance woman. She has spent time organizing to abolish prisons, teaching teenagers about sex and drugs, interviewing literary luminaries like Edwidge Danticat, David Foster Wallace, and John Irving, and attending births as a midwifery apprentice. These are some of the many reasons that Mia was recognized as one of Colorlines‘ “15 Remarkable Women of Color Who Rocked 2015.”

Other sessions: Your Anti-Sexist, Anti-Racist Guide to Supporting Women Running—Starting with the VP Nominee

Tara Raghuveer (she/her) is the Homes Guarantee Campaign Director at People’s Action, a national network of grassroots organizations committed to racial, economic, gender, and climate justice. She is also the founding director of KC Tenants, an organization led by poor and working class tenants in Kansas City. Tara is an Australian-born, Indian-American immigrant who came to the US with her family in 1995 and grew up in Kansas City.

Other sessions: Public Ownership: Understanding and Seizing the Momentum 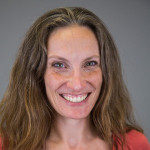 Sarah Treuhaft leads research at PolicyLink, a national research and action institute advancing racial and economic equity. She holds master’s degrees in city planning and international and area studies from the University of California, Berkeley.