Get Out The (Virus)

Get Out The (Virus)

Progressives make the difference in close races on the doors. That’s been how the left has won and maintained power in Colorado and many swing states throughout the country. Turnout is going to be the main factor in 2020, and conservatives are doing everything they can to distort the facts about multi-option voting and mail ballots. With the coronavirus changing the way we campaign, how can progressives ensure strong turnout in 2020 without putting our coalition members at risk on both sides of the door?

Ian Silverii is the executive director of ProgressNow Colorado, the state’s largest multi-issue progressive advocacy organization, as well as the resident progressive columnist for the Denver Post.

Ian started his career in Colorado Politics in 2006 as a legislative aide in the State House of Representatives, and has since worked on every level of political campaigns in Colorado.

Ian is the former executive director of the Colorado Democratic Party’s House Majority Project as well as the former Chief of Staff to Speaker of the State House of Representatives, Dickey Lee Hullinghorst.

Ian grew up in New Jersey and moved to Colorado immediately upon graduating from Rutgers University with a degree in Philosophy in 2007. He lives in Lakewood, Colorado with his wife, State Senator Brittany Pettersen, their son Davis James, and their dog Oliver Herschel.

Other sessions: How the West was Won (and Keeps Winning) 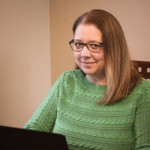 Peg Perl is a Gen X’er living the Schoolhouse Rock Dream as Director of Elections for Arapahoe County, Colorado. Named one of the Top Women Attorneys by Law Week Colorado, she has 20 years of experience in election administration and voting rights, money in politics, government ethics, and open records at the national, state, and local level. Peg has served as nonpartisan counsel for the Federal Election Commission and the U.S. House Ethics Committee, helped design and enact Colorado’s modern voting laws plus state & city campaign disclosure reforms as a nonprofit policy advocate, and even ran for office herself in 2019. After growing up in Phoenix, Arizona, she earned her B.A. from Arizona State University and J.D. from Georgetown University Law Center. She is a mom to two teenagers who remind her how old she is, and why we need to leave a stronger democracy for the next generation.