The Power of Persona: Shape Your Story Into a Powerful Digital Presence

The Power of Persona: Shape Your Story Into a Powerful Digital Presence

Join us for a fun, interactive session that will provide ideas for how your personal story is connected to the causes you care about, directions to help you navigate the online universe, and tools to understand the different audiences and pick the media with the highest potential. Whether you want to fundraise for a campaign, get people to turn out to an event, or encourage allies to take action, our goal is to help you develop concrete skills to shape your personal narratives and the stories familiar to you in ways that elevate progressive values and support good causes.

If you work in the social justice space, are familiar with the basics of social media, and are eager to step up your online game to support progressive causes, this training is for you! 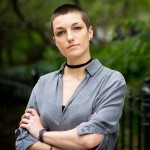 “A problem is a chance for you to do your best.” That’s why, for the last 8+ years, Alessandra (or “Al3x”) has been leveraging data to help give power back to the people. She has crafted social and digital media strategies for progressive advocacy, issue, and political campaigns. Currently, she’s the social media voice behind the Center for Constitutional Rights.

Her unique communications background crosses online campaigning, digital writing, and advertising: she believes that only by listening to our people, analyzing connections and correlations, and understanding people’s behavior we can find better ways to craft relevant messages.

Throughout her career, she learned how to keep a strategic perspective even when much of the content distributed on social and digital media is the result of reactive opportunities. She’s worked extensively with email, websites, and blogs (SEO, Google Ads), Facebook (organic and ads), Instagram, Twitter, Linkedin, Pinterest, Youtube. She’s worked in multiple languages and campaigned across several countries.

Rafael Shimunov (he/him) is a creative and political activist in Queens, NYC.

You may know Rafael from Ellen Degenerous’ attempt to censor his video from social media after it creatively confronted her rehabilitation of George Bush. His viral video analysis that proved the Trump administration shared a doctored video to frame a reporter. His proving the Israeli government attempted to frame Palestinian mourners of journalist Shireen Abu Akleh. His personal narrative as a refugee from Uzbekistan in a livestream at the first Muslim Ban protest, which reached over 16 million viewers and helped spark national protests. Or his unauthorized pop up exhibit at the Whitney Museum of American Art, which contributed to the removal of its board chair for providing weapons used on migrant families in Tijuana, Mexico.

Rafael directs communications at the Athena Coalition, a group of 50+ local and national racial justice and worker organizations, think tanks, public policy, grassroots and small business groups confronting Amazon’s intersecting harms on our communities, in its warehouses, and across halls of power.

From creative direct action, digital and radio ads, to millions of pieces of persuasive political mail, Rafael has directed creative and digital at the Working Families Party, Center for Popular Democracy and dozens of their respective state orgs and affiliates, promoting transformational legislation and challenging corporate Democrats with progressives in hundreds of elections.

At Center For Constitutional Rights, Rafael led digital advocacy on cases such as Stop & Frisk (Floyd v. City of New York), on behalf of Sexual Minorities in Uganda (SMUG v. Lively) for an American pastor’s role promoting Uganda’s Anti-homosexuality Law, with survivors of sexual violence taking on the Vatican at International Criminal Court and UN for aiding child abuse, and towards confronting Democrats and Republicans on Guantanamo Bay and drone warfare.

As executive board member at Jews for Racial and Economic Justice, and a member of its Jews of Color caucus, Rafael helped transform 30 years of JFREJ’s organizing into electoral power by co-founding The Jewish Vote, a sister org that campaigns for progressive candidates in New York by mobilizing progressive Jewish voters. As an early member, he contributed to IfNotNow’s early growth holding US Jewish legacy organizations accountable for upholding apartheid, was part of a small team that successfully destabilized GOP support of white supremacist Congressman Steve King, and was active in successfully opposing Amazon’s HQ2 in his hometown of Queens.

His short film about Jewish Women of Color marching at Women’s March was an official selection at the International Social Justice Film Festival and was a semi-finalist at the 2020 People’s Film Festival in London by Kino. Prior to joining these fights, he helped win a Cannes award for advertising with the very same corporations he works to fight against today.