How to Win Back Blue-Collar Workers in 2020 (Sponsored panel)

How to Win Back Blue-Collar Workers in 2020 (Sponsored panel)

How to Win Back Blue-Collar Workers in 2020

Three long-time liberal radio personalities share their thoughts on how Democrats can reverse the 2016 trend that caused many blue-collar workers to side with President Trump so that workers across the nation can get paid more, have greater protections on the job and collectively bargain freely.

This panel is sponsored by the Teamsters. 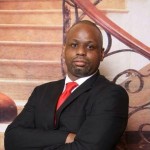 James “Curb” Curbeam is the Southern Organizing Coordinator for the
International Brotherhood of Teamsters and is the Teamsters National Black Caucus Chairman.

James “Curb” Curbeam has been a proud member of Teamsters Local 480 in
Nashville, TN since 1996. He began his career at Trailer Conditioners Inc. (UPS),
and then, went to work at Yellow Transportation (YRC) in 2002. Since 2003, “Curb”
has been on a leave of absence from YRC to work for the International Brotherhood of Teamsters (IBT) Organizing Department.

He has also served as a Steward, Trustee, and Recording Secretary for Teamsters Local 480. “Curb” has been a member of TNBC since 1999. He was a founding member of the Nashville & and Middle TN Chapter of The TNBC in 2001. He was the first Secretary-Treasurer, then was elected President of the chapter where he still serves today. In 2003 & 2008 he was elected Southern Region Trustee.

In 2003, “Curb” became a Project Organizer with the IBT for the Dugan Freight
Campaign. In 2005 “Curb” proudly accepted a full-time International Organizer
position with the IBT. In 2017, he was promoted as IBT’s Southern Region
Organizing Coordinator. In August 2018 “Curb was elected the National Chairman of the Teamsters National Black Caucus where he has been a member for 20 years.
For over 20 years, “Curb” has been a dedicated Teamster, and actively fighting for dignity, fairness and respect of all workers. Through his organizing efforts, Curb is directly responsible for bringing thousands of hard-working men and women into the labor movement as Teamsters, and hopes to bring thousands more. He is a person of ACTION.

Leslie Marshall is a Democratic Strategist, and one of the Fox News Contributors who provides political analysis from a left-leaning/progressive point of view. Her weekly opinion blogs on FoxNews.com receive between 3-4 million views each week.

She’s a nationally syndicated radio host whose show is heard on radio, stream and podcast. She was the youngest person ever syndicated in talk radio and the first woman syndicated to host an issues oriented talk show.

Leslie is also a TEDx speaker whose speech on “How America Views Islam” has been viewed nearly 700,000 times.

Originally from Boston, she holds a Bachelor of Science from Northeastern University and attended Emerson College for her Masters. She lives in Los Angeles with her husband and their two children.

A lifelong card-carrying Teamster trucker turned radio/tv talker Rick Smith is one of the most passionate and dynamic voices for workers in the nation. The Rick Smith Show was launched on Labor Day 2005 in response to the 2004 election that saw many of his union brothers and sisters reciting right wing, anti-union messages that dominated the talk radio landscape. Starting with a single station in Carlisle, PA The Rick Smith Show has grown to 20 terrestrial stations across the nation and a weekly nationwide television program. Tune in Live weeknights 9-11pm ET at www.thericksmithshow.com as Rick brings his no nonsense brand of talk to the radio airwaves and join him Saturday nights at 7pm on Free Speech TV.