In 2015, Saudi Arabia and the UAE with the direct support of the United States, launched a military intervention into Yemen that has helped create the largest humanitarian crisis on the planet. In Washington, U.S. support was seen as “essential” and was backed up by some of the most powerful DC lobbyists and special interests. But a funny thing happened, working together, Yemeni American and progressive activists changed the game and have systematically ended U.S. support for the war. The story of how a small band of dedicated activists and allies did the unthinkable and made history isn’t just a story about Yemen, it’s a story about how progressives and frontline communities can take on the most pressing challenges we face—and win!

Stephen Miles is the Executive Director for Win Without War, a diverse network of activists and organizations working for a more peaceful, progressive U.S. foreign policy. Stephen is a veteran of campaign politics with a strong background in grassroots advocacy. Most recently, Stephen worked with the global campaigning organization Avaaz. Previously, Stephen worked in electoral politics, primarily in New Orleans, working to elect Democratic candidates and advance progressive policies. He previously served as the Executive Director of the American Hellenic Council focused on advancing Greek American concerns through community-based advocacy. Stephen is a graduate of the London School of Economics and Tulane University with academic expertise in humanitarian interventions and Middle Eastern politics.

Iram Ali is a senior Campaign Director and strategist at MoveOn, one of the largest progressive digital-first campaigning organizations in the country.

Since joining MoveOn in January 2016, Iram has led innovative campaigning that bridges research, data, digital campaigning, policy, and advocacy. From campaigning to successfully shut down a Bush-era Muslim registry, creating a messaging guide for how progressives should speak about the Muslim Ban, to calling on 2020 Democrat candidates to skip the AIPAC conference, Iram is consistently looking for the next opportunity to shift political power, create newly needed narratives, and build a society that is one step closer to justice.

Other sessions: A Vision for Progressive Foreign Policy in the 2020 Elections and Beyond 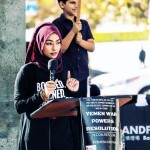 Jehan Hakim chairs The Yemeni Alliance Committee (YAC), which was formed after J20 – to support Yemeni-American communities in the Bay Area (& beyond) during periods of social unrest. The YAC organizes protests and actions, coordinates congressional visits, creates social media toolkits and campaigns to resist anti-Yemeni policies. YAC’s focus recently has been advocating to end US support for the Saudi-led war in Yemen by raising awareness and pushing legislation – in addition to fighting repeal the Ban. The founders of YAC also happen to be from Yemen and are directly impacted by these issues. Through YAC’s advocacy and organizing we aim to equip our communities and allies with the tools to challenge harmful national security and foreign policies that impact Yemeni Americans and their families here and in our homeland.

Jehan was previously an NSCR Community Advocate for Advancing Justice-Asian Law Caucus. She sits on the board of Just Foreign Policy. Jehan is a mother and a San Francisco native. 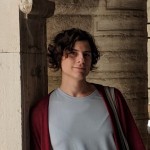 Layla Picard is the founder and executive director of the Yemen Peace Project, America’s only national advocacy organization devoted entirely to Yemeni and Yemeni-American affairs. Founded in 2010, the YPP seeks to empower Yemenis to participate in the US policy-making process. Layla is a graduate of the University of Pennsylvania, where she studied the history, politics, and cultures of Southwest Asia. She has conducted extensive research on Yemen’s 20th- and 21st-century conflicts, and on the rise of anti-state social movements. More recently, Layla has written about the war in Yemen for Just Security and LobeLog, and has appeared on and been quoted by major international outlets including NBC, Foreign Policy, Huffington Post, Middle East Eye, and Al Jazeera.