Diversity Doesn’t Just Happen: Here’s How to Work for It

Diversity Doesn’t Just Happen: Here’s How to Work for It

Diversity is something we all want, but all to often when we look around the room progressive organizations and firms are coming up short. In this panel we’ll break down how small things like who we refer to informational interviews to expanding our social circles and writing job descriptions, as well as big systematic efforts, can impact how we increase diversity to improve our programs and put our values into action.

Tim Lim is a partner at NEWCO. Tim is a leading voice in comprehensive media planning and buying for both politics and brands. He strives to figure out the most impactful media programs that will achieve the goals of the client, whether it’s to move sentiment or move sales.

Tim most recently served as a Partner at Bully Pulpit Interactive (BPI), a full-service marketing agency, as well as the President and Founder of Precision Network, a cutting edge media buying firm.

Tim founded Precision Network in 2012, which became a multimillion dollar online advertising platform and buying shop under his leadership. While a Partner at BPI, Tim oversaw the growth of BPI’s paid media department, ad operations teams and driven strategy for some of the largest clients at BPI.
Tim has been featured on the TODAY Show, the front page of the New York Times, Bloomberg, USA Today, Axios, AdAge, the Washington Post, the Atlantic, Daily Beast, AdExchanger, and other outlets. In 2017, he was named to the Politico Playbook Power List. Previously, he was the Director of Partnerships at Change.org and prior to that role ran the Washington, DC office for Grossman Marketing Group led by former DNC Chair Steve Grossman.

Tim is also the founder of Blue Digital Exchange (BDX), the trade association for progressive digital professionals who work in the political, non-profit, and advocacy spaces. The mission of BDX is to bolster the case of investment in and an increased role for digital communications and marketing in progressive organizations.

Tim is an active political fundraiser and has helped raise hundreds of thousands of dollars for national candidates such as Hillary Clinton, Barack Obama as well as many House and Senate candidates. Tim served as a founding Co-Chair for Gen44, the young professional arm of President Obama’s re-election campaign and served on the National Finance Committee of the Hillary for America campaign in 2016.

He is a co-founder of Ascend PAC and a board member of Run for Something. His favorite charities are the Leukemia & Lymphoma Society as well as Martha’s Table and SOME. Tim is originally from Riverside, CA and received his Bachelor’s degree from Cornell University. Tim is father to Penny, dog-father to Pierce, and husband to Jennifer in Washington, DC. 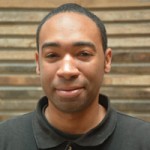 A native of Raleigh, North Carolina, Eric Lundy has been an organizer for progressive candidates and causes since 2007. In his current role as Program Director for Inclusv, Eric works to remove the structural barriers that have historically prevented political staffers of color from advancing to leadership positions. In addition to holding campaigns, advocacy organizations, and the broader progressive movement accountable to its ideals, Eric works with employers to find a diverse pool of candidates for openings within their organization. 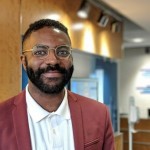 Ryan Thompson is the chief digital officer at the DCCC. As the 2018 cycle deputy digital director, he managed a $15 million email list-building budget that contributed to $106 million total raised for the committee before Election Day. He also served in a leadership role on the DCCC’s Year of Engagement team, a $30 million program that mobilized communities of color across multiple voter contact streams. As a part of that, he helped develop and execute a multi-million-dollar digital advertising program targeted toward more than 40 congressional districts.

Loryn Wilson Carter is a digital media strategist and writer who helps organizations and brands transform their social media presence. Loryn’s passion is developing digital strategies for companies and organizations that want to improve their outreach to people of color and women. She is the author of Win the Internet: Best Practices for Twitter and Facebook, which is available now on Amazon. Loryn has run social media and SMS campaigns for NAACP, Center for Community Change, YWCA USA, and the National Education Association. She has also written for Talk Poverty, SheKnows, and Revelist.com. She is the co-founder of Black Girl Digital, a community for black women who work in digital careers, and has a passion for addressing the lack of diversity in the digital space.

Other sessions: You Don't Have to be a D**k to Run for Office: Campaign Communications for Real People and Hell Raisers