Beyond the Voter File: How Relational Organizing Can Expand the Electorate & Help Us Win

Beyond the Voter File: How Relational Organizing Can Expand the Electorate & Help Us Win

Austen Levihn-Coon specializes in helping non-profits leverage emerging innovations in communications technology, social media, multimedia and mobile to win advocacy campaigns. He has a background in grassroots campaigning and social movement theory, both of which contribute to his current work at Planned Parenthood Action Fund overseeing the digital organizing program.

Debra Cleaver has been working at the intersection of technology and democracy since 2004. She is the founder of VoteAmerica, Vote.org, ElectionDay.org, Long Distance Voter, FutureVoter.com, and Ready Set Vote. She’s an alum of both Y Combinator and Pomona College, and a former DRK distinguished entrepreneur. Debra’s work has been featured in The New York Times, Washington Post, MSNBC, C-SPAN, WIRED, SOCAP, Bloomberg, BBC, Buzzfeed News, Forbes, and more. When she’s not working or sleeping, Debra can be found hanging out in San Francisco with her her 19 year old cat, Ramona Quimby Cleaver (aka Mona).

Other sessions: The $5000 Nonprofit: Free or Low-Cost Resources and Tools to Help You Win 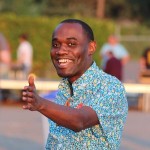 As the Electoral Organizer for Community Change, Mike is working with organizers in five states on strategies to build power and win issue campaigns utilizing relational organizing tactics.

Mike began his career as an organizer working with the Barack Obama 2008 presidential campaign in North Carolina, West Virginia, and Wisconsin. Mike then served as the Minnesota State Field Director for Organizing for America and the Youth Director for Minnesotans United for All Families. Mike was the Field Director of FairVote MN, Mike has played a critical role in bringing Ranked Choice Voting to Minneapolis and St. Paul.

Mike holds a degree in Political science at University of Minnesota. Mike loves Netflix and his cat.

Arisha Michelle Hatch is the Managing Director of Campaigns at Color Of Change, leading campaigns on civic engagement, voting rights, criminal justice, and corporate and media accountability.
Arisha is a leader and innovator in the racial justice movement, organizing Black People’s Brunches which brought together more than 12,500 people in 2018 and helping to set the organization’s agenda in 2019 and beyond. Since joining Color Of Change in 2012, she has ushered in some groundbreaking victories for Black communities: getting payment processors like Mastercard and PayPal to ban use of their platforms by white supremacists and persuading Saturday Night Live to add two Black women to its cast and writer’s room mid-season.

Before coming to Color Of Change, Arisha worked as a lawyer and organizer for Barack Obama’s presidential campaign in 2008. She later served as National Organizing Director of the Courage Campaign, which lays the groundwork for progressive change in California.

Arisha was born in Texas and raised in Southern California. She has degrees in economics, creative writing and feminist studies from Stanford University, and she received her doctorate in law from Santa Clara University in California. 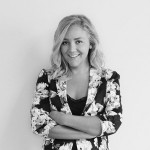 Ashlea Phenicie is the Digital Communications and Organizing Manager at Planned Parenthood Advocates of Michigan. She uses cutting edge digital tools and creative strategy to turn the energy of online activists into real-world progress. During the 2018 election cycle, her innovative content reached Michigan voters more than 20.5 million times and helped to elect pro-choice champions as Governor, State Attorney General, and Secretary of State. When she’s not tweeting pithy memes, she enjoys running, photography and playing D&D.