New Phone Who Dis? How to Text Your Community and Not Be Gross

New Phone Who Dis? How to Text Your Community and Not Be Gross

Mobile has become a vital part of progressive campaigns, advocacy organizations, and other movements; and it gives practitioners the opportunity to reach people where they are. Sometimes, investing in mobile can help make the difference between winning and losing. We’ll provide an overview of the differences between subscription and peer-to-peer SMS, how they work together (and how they don’t), and offer recommendations for your campaign or organization’s mobile strategy.

Ben Dotson is the Vice President of Digital at EMILY’s List where he oversees digital fundraising, communications and organizing efforts for the organization, including the email, social media, text messaging and creative programs.

Most recently, Ben served as the Deputy Digital Director at EMILY’s List during the record-breaking 2016 election cycle. Prior to joining EMILY’s List, Ben was a Senior Digital Strategist at the Smoot Tewes Group, where he managed aggressive email, social media, and advertising campaigns for a range of clients in the energy, environment, conservation, and electoral sectors. From 2011 to 2014, Ben served in the Obama administration at the US Department of Energy, where he managed the agency’s digital reform program, a cutting-edge effort to centralize and modernize the agency’s digital communications infrastructure and staff. Ben started his career in LGBT and youth organizing and worked on a number of state and local campaigns in Michigan. 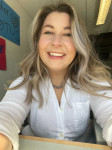 Meg DiMartino is the Northeast Regional Mobilization Director at the Democratic National Committee, where she helps the states in the northeast manage successful digital organizing programs.

She most recently was the Digital Coordinator at EMILY’s List where she launched and ran the mobile program there including managing a 1:1 texting program as well as broadcast. During her time there, she combined both organic and paid efforts to build out EMILY’s List subscribers list. In addition to that, she created content for social media and the email program to help continue to grow the mobile list.

Prior to EMILY’s List, Meg was a Deputy Digital Director for Hillary for America in Michigan where she focused on using the available mobile tools for digital organizing — unique in-state storytelling, a regionalized digital program, generating a maximum number of volunteers, and assisting with an absentee vote chase program.