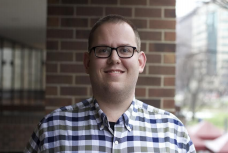 Ben Dotson is the Vice President of Digital at EMILY’s List where he oversees digital fundraising, communications and organizing efforts for the organization, including the email, social media, text messaging and creative programs. Most recently, Ben served as the Deputy Digital Director at EMILY’s List during the record-breaking 2016 election cycle. Prior to joining EMILY’s List, Ben was a Senior Digital Strategist at the Smoot Tewes Group, where he managed aggressive email, social media, and advertising campaigns for a range of clients in the energy, environment, conservation, and electoral sectors. From 2011 to 2014, Ben served in the Obama administration at the US Department of Energy, where he managed the agency’s digital reform program, a cutting-edge effort to centralize and modernize the agency’s digital communications infrastructure and staff. Ben started his career in LGBT and youth organizing and worked on a number of state and local campaigns in Michigan. Ben is a native of Tennessee. He is a graduate of Central Michigan University with a Bachelor of Arts in Political Science and Music and George Washington University with a Masters in Political Management. In his free time, he is an avid film buff and foodie, and tries to make progress on his growing stack of to-read books.